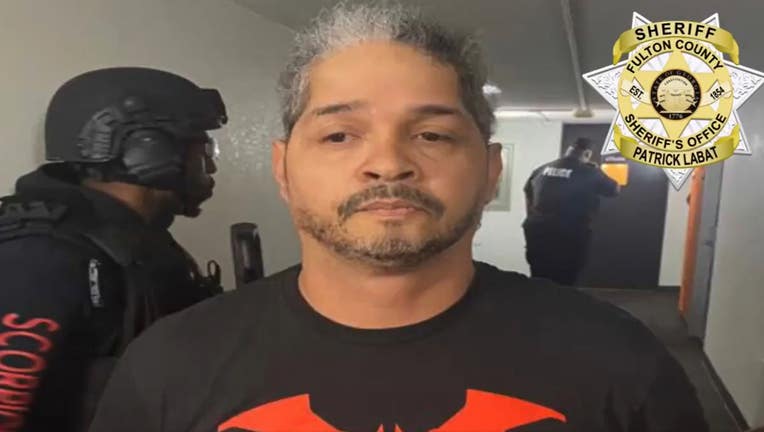 FULTON COUNTY, Ga. - Fulton County deputies have arrested a man accused of raping and impregnating a family member after a manhunt over the weekend.

The Fulton County Sheriffs' Office says their investigation began on the weekend when the Falls River Police Department reached out in their search for Roque Garcia-Ortiz.

According to officials, Garcia-Ortiz raped a 14-year-old family member and impregnated her.

Officials were afraid that the suspect was trying to fly to Puerto Rico, where he has family ties, so the department's Scorpion Unit got on the move.

After a search Garcia-Ortiz was found at a hotel in East Point and brought into custody without incident.

He remains in custody at the Fulton County Jail while he awaits extradition back to Massachusetts.