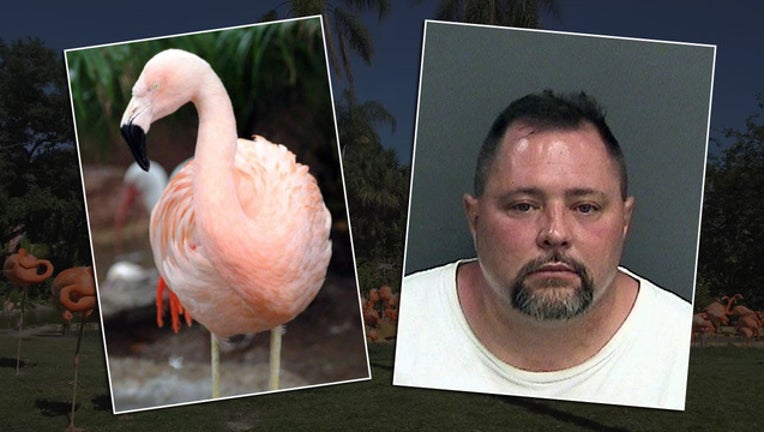 The Orlando man accused of grabbing Pinky from a pen at Busch Gardens and slamming her to the ground, Joseph Carrao, 48, was found unfit to stand trial in Feb. 2017. He appeared in a Tampa courtroom for a status hearings several times this year 2019.

FOX 13 News has learned Carrao has since died after being hit by a vehicle while walking across a roadway near his Orlando home.

According to a crash report from the Florida Highway Patrol, Corrao was walking across State Road 50 (Colonial Drive) in Orange County around 6 a.m. June 5, 2019, when he was hit by a Ford F-150. Corrao died at Florida Hospital East. The truck driver was uninjured and was not cited.

Pinky, a 19-year-old Chilean flamingo, hatched at the park in 1996. Her dancing movements made her one of the park's stars.

This story was reported from Tampa, Florida.