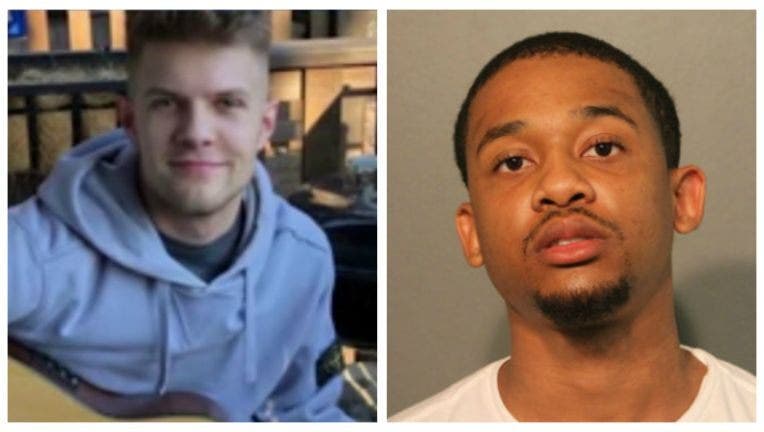 Jahrod Jean, 21, was charged with one count of first-degree murder for the June 21 shooting of Gary Tinder, 20, in the 6200 block of North Troy Street, the Cook County state’s attorney’s office said.

Jean was with two other people in silver Ford Explorer when they first drove to the area about 7:00 p.m. to talk to someone about selling an iPhone, prosecutors said. Half an hour later, he allegedly came back for an unknown reason and saw Tinder walking north on Troy Street.

Jean allegedly got out of the Ford, followed Tinder and fired two shots as he approached, prosecutors said. Tinder was struck in the abdomen and taken to St. Francis Hospital in Evanston, where he died.

A witness who lives nearby saw Jean following Tinder, heard the shots and found Tinder lying in a pool of blood, prosecutors said. The witness allegedly saw Jean run from the scene and later identified him in a photo array.

Surveillance footage from the area allegedly shows Jean discarding a black hoodie, wearing only a white t-shirt underneath.

At 9:45 p.m. that night, Jean allegedly returned to the area with two other people in the Ford — this time wearing only the white shirt — to finish the iPhone sale, prosecutors said.

Detectives used a license plate reader to find the owner of the Ford, and learned that Jean and his half-brother had dropped the owner off at a mall earlier that day, prosecutors said. The Ford was in their possession the rest of the day.

A warrant was issued for Jean’s arrest on July 13 and he was taken into custody four days later, prosecutors said.

He is due back in court Monday.