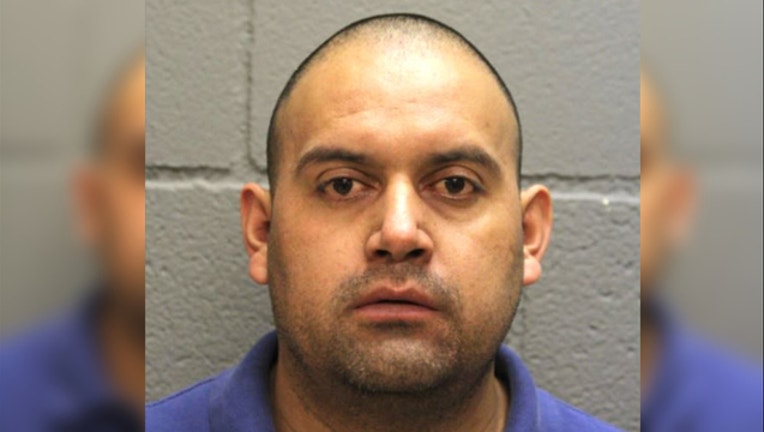 CHICAGO (SUN TIMES MEDIA WIRE) - A man was charged Wednesday with promoting prostitution in his apartment in the Albany Park neighborhood on the Northwest Side.

Investigators learned that Alvarado-Aguilar was arranging “dates” from his apartment and profiting from it, according to police.

Officers recovered one victim, a 34-year-old woman, while executing a search warrant Tuesday at the apartment in the 3200 block of West Lawrence Avenue, police said. She was provided victim services through the sheriff’s office.

A judge set Alvarado-Aguilar’s bond to $10,000 at the Leighton Criminal Court Building, the sheriff’s office said.

He was scheduled to appear in court Thursday.