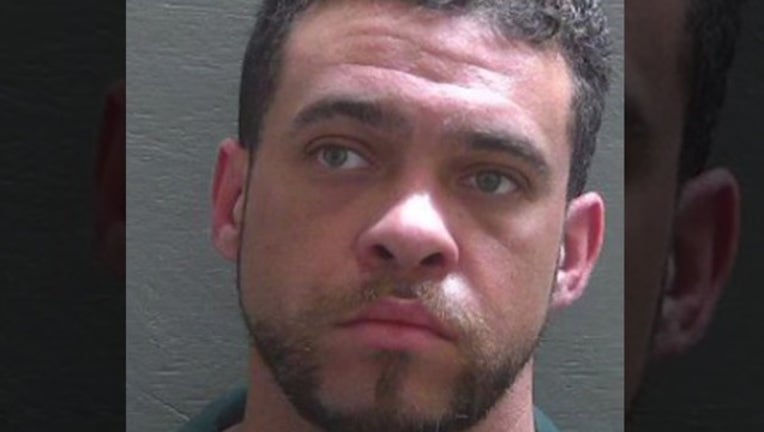 A Florida man accused of torturing a 2-year-old child by using a shock collar and wearing a werewolf mask during the abuse has died one week after authorities found him hanging in his jail cell.

Authorities say Andrew Bennett Ross Celaius, 37, hung himself on May 1, a few hours after being charged with physically and emotionally abusing his girlfriend's 2-year-old daughter.

He was taken to a local hospital where he has remained for a week until his family made the decision to terminate his life support. Celaius was pronounced dead on Tuesday.

An Escambia County man was arrested after the sheriff's office said he abused a toddler in multiple ways including using a shock collar.

Andrew Ross Celaius, 37, is charged with aggravated child abuse and tampering with evidence.

According to deputies, the victim's mother brought the 2-year-old girl to the hospital after she thought she had ringworm. It turns out, deputies say, that the ring marks were burn marks.

Deputies searched Celaius's home and found several disturbing videos that showed the abuse the girl had endured. Authorities say one video showed Celaius wearing a werewolf mask during the abuse. The most disturbing video, according to the sheriff's office, is a video showing the child wearing a dog shock collar and hearing the child scream when the collar was triggered.

Escambia County Sheriff David Morgan described the videos of torture as “the thing nightmares are made of.”

Eric Furnans, 36, was also arrested and charged with tampering with evidence. Deputies say that Celaius called Furnans from jail and asked him to destroy potentially damaging evidence.

The girl's mother was arrested and charged with neglect. She has since bonded out.