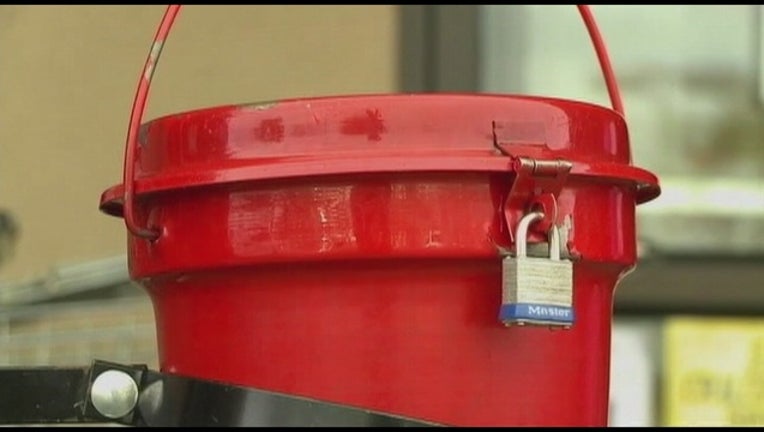 CHICAGO - A Gresham man has been charged with misdemeanor theft for allegedly stealing a Salvation Army donation kettle from its post outside the Macy’s department store on State Street in the Loop.

Jordan Moore, 24, allegedly stole the unattended kettle and its stand Wednesday afternoon from the 100 block of North State Street while the bell-ringer was taking a break, police said Saturday.

The kettle held an estimated $300 to $350 in cash donations, and the stand and kettle themselves are worth about $200 together, according to Salvation Army spokeswoman Katie Pfingsten.

Moore was released from custody pending his next court date, police said.