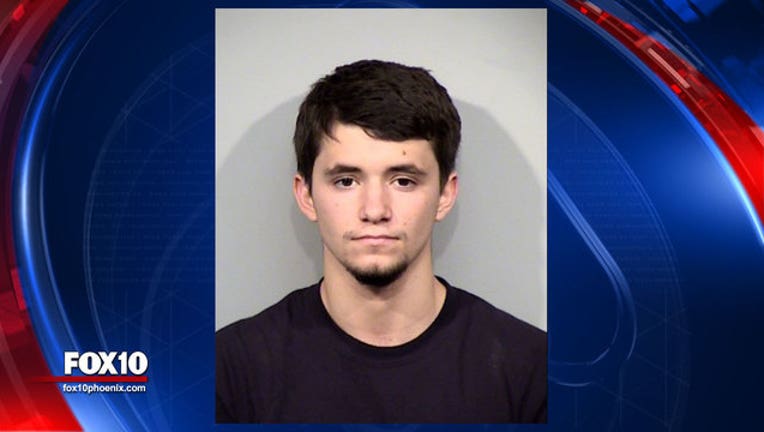 Levi Wagner, 19, was arrested for sexual conduct with a minor and sexual assault. Read more.

PRESCOTT, Ariz. (FOX 10) - An Avondale man is accused of sexually assaulting a 13-year-old girl after she was passed out from drinking alcohol.

Yavapai County Sheriff's Office says 19-year-old Levi Wagner was drinking with a teenage girl and her friend in Mayer on Friday, June 21.

The girl told deputies she was at a party and drinking alcohol in the company of Wagner. She says Wagner was encouraging her to drink, and she eventually passed out.

The next day, YCSO says she woke up and realized she was sexually assaulted and Wagner was laying next to her.

She also suffered visible bruising on her neck and arms, according to YCSO.

A deputy was dispatched to the hospital for a sexual assault case, resulting in Wagner's arrest at his place of work in Avondale on Wednesday.

Wagner was booked into the Camp Verde Detention Center on charges of sexual conduct with a minor and sexual assault. He is being held without bond.