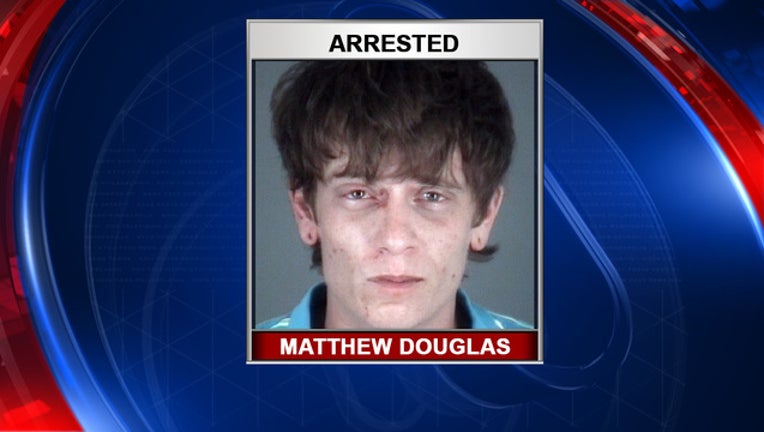 HUDSON, Fla. (FOX 13) - Deputies in Pasco County say a Hudson man blamed demons after he attacked his pregnant girlfriend for not turning off a video game and coming to bed.

According to the sheriff’s office, Matthew Joseph Douglas choked his girlfriend, who is 18 weeks pregnant with his child, because she would not stop playing her Xbox. But the 26-year-old allegedly claimed demons took over his body before he blacked out and he could not remember what happened after that.

Douglas’s girlfriend had “bruising and scratches around her neck consistent with being choked,” deputies said, so they arrested him on a domestic violence charge.

They say he was also wanted on unspecified outstanding warrants.

Deputies did not say when the alleged crime took place.