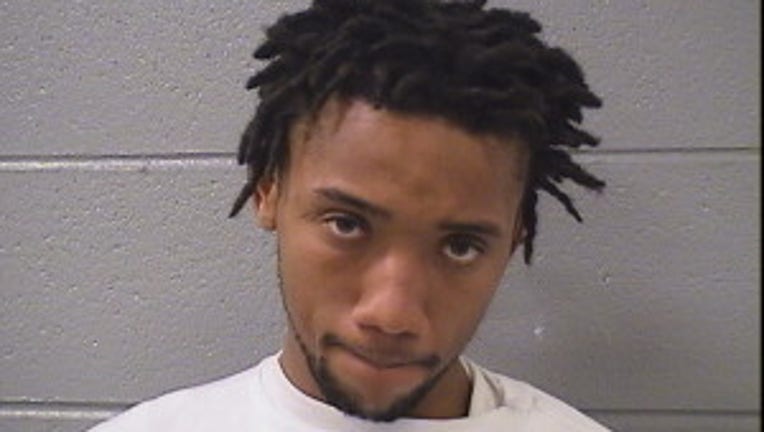 CHICAGO - A man accused in a September armed robbery-turned-shootout that left two men dead at a Far South Side barbershop has been ordered held without bail.

Matthew Johnson, 22, is charged with murder in the Sept. 21 incident in the first block of East 112th Place in Roseland, Cook County prosecutors said at Johnson’s bail hearing Saturday. The robbery escalated into a shootout that killed Johnson’s accomplice and a concealed-carry holder who tried defending the barbershop’s customers.

Johnson and 18-year-old Carlos Smith entered the shop about 7:15 p.m., showed their guns and announced the robbery, prosecutors said. Johnson was wearing a black, full-face mask that was rolled up to look like a stocking cap, so his face was visible.

Derrick Gholston, a 44-year-old food truck owner, had just left the barbershop to grab a sandwich for a customer when he saw the robbery, prosecutors said.

Gholston, a valid concealed-carry holder, pulled a 9mm Taurus handgun from his hip and walked back into the store, prosecutors said. He and the two robbers exchanged at least 20 rounds of gunfire.

One customer was shot in the leg, while Gholston and Smith were both struck in their right side, prosecutors said. The other customers ran to the shop’s back room.

Gholston then ran outside and around the block before collapsing in an ally behind the shop, prosecutors said.

Johnson and Smith followed the customers into the back room, where Smith collapsed, prosecutors said. Johnson took the customers’ money and then grabbed an unidentified object from the ground near Smith before running away.

Gholston and Smith were taken to Christ Medical Center in Oak Lawn, prosecutors said. They both died within an hour of the shooting.

The customer who had been shot in the leg was treated at Stroger Hospital, prosecutors said.

Johnson’s next court date was scheduled for Monday.