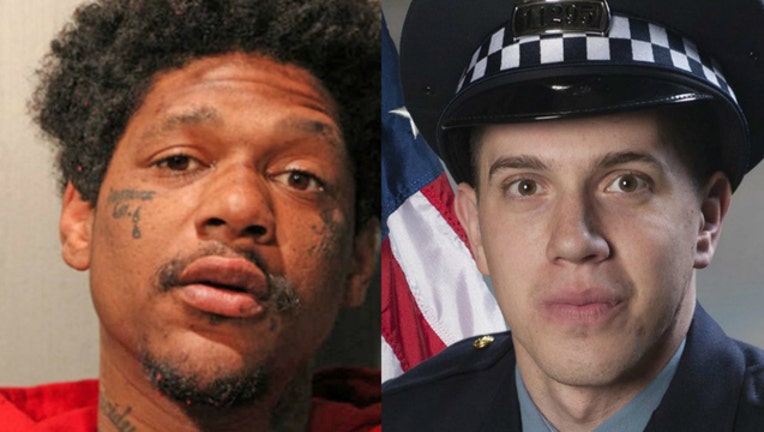 CHICAGO (AP) - A man accused in the shooting death of an off-duty Chicago police officer has rejected a court-appointed attorney and is defending himself.

Jovan Battle on Thursday sparred with a Cook County judge and prosecutors over what evidence can be introduced at his trial for the March 25 fatal shooting of Officer John Rivera .

Prosecutors allege Battle pointed out Rivera as one of several men who fought with Menelik Jackson and Jaquan Washington , who are also charged with murder. Prosecutors say Rivera, who was out with friends, had nothing to do with the fight.

During Thursday's hearing, the 32-year-old Battle objected to the prosecution's request to introduce his history of drug arrests.

Judge Dennis Porter told Battle if convicted he could not base an appeal on ineffective legal counsel.