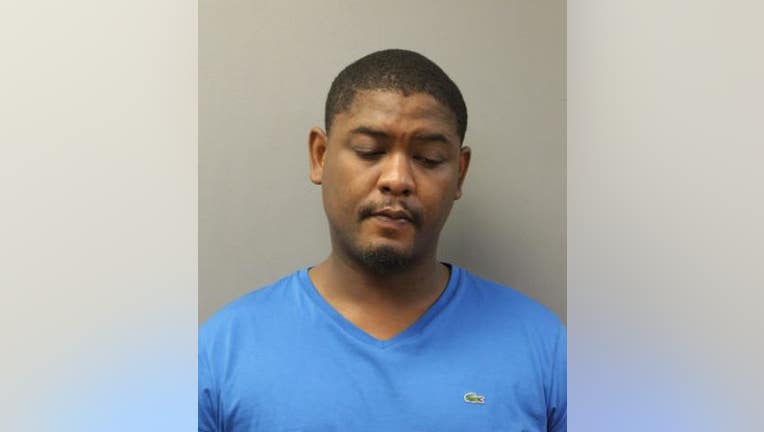 CHICAGO - A West Side man was one of four gunmen involved in a shootout outside a Wicker Park nightclub that left one shooter dead and four bystanders injured, Cook County prosecutors said Wednesday.

"It just shocks the conscience that any dispute now, it appears, is handled with bullets," Judge John F. Lyke Jr. said at Teanius Sykes’ bond hearing.

"Irrespective of what happened in that club, it’s settled with shots going in both direction… Innocent people going about their daily lives subjected to dodging bullets and praying they don’t get hit."

Two pairs of men shot at each other outside The Point, in the 1500 block of North Milwaukee Avenue, Sunday morning, according prosecutors, who did not say what precipitated the gunfight.

Someone from the group returned fire, striking 32-year-old Jones, of Champaign, in the chest as he fell between two parked cars, authorities said.

Another person standing next to Jones was also hit, prosecutors said.

One woman, who was walking nearby, was shot in her shoulder as she ran for cover behind a car during the second volley of shots, prosecutors said. One of two people who exited a vehicle after the first round of gunfire and saw Sykes start shooting, was hit in the leg, prosecutors said.

An additional victim suffered a gunshot wound to her leg and was treated and released at Stroger Hospital, prosecutors said.

Detectives were able to trace the plates of Sykes’ girlfriend’s car and confronted the couple at their home, where police found the 9mm gun used in the shooting on a coffee table, prosecutors said.

The two shooters near the entrance of the club have not been identified, prosecutors said.

Sykes did not instigate the shooting and may have acted in self-defense, his lawyer said.

During Wednesday’s hearing, Sykes told Lyke that he is a single parent raising two children. He said their mother passed away in 2016.

Sykes has been charged with attempted murder, aggravated battery, reckless discharge of a firearm and illegal possession of a firearm by a felon.