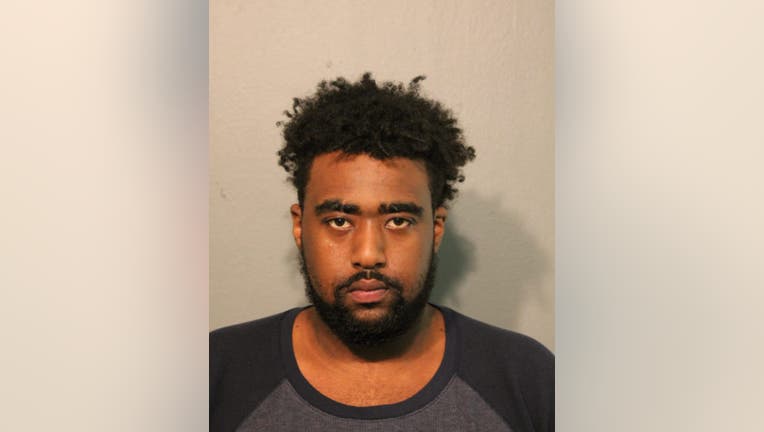 CHICAGO - A man was charged with hitting a Chicago police sergeant with his car over the weekend while fleeing a traffic stop in the River North neighborhood.

Juno Miles, 24, was accused of driving away from a traffic stop Saturday evening, running a red light and striking a police officer, police said.

Officers had stopped the driver of a Red Hyundai Kona near the intersection of Grand Avenue and State Street around 8 p.m. for failing to signal for a lane change, a police report states.

As officers approached the SUV, they spotted an open bottle of alcohol and took the driver’s state ID card. Officers asked the driver to get out, but instead he drove through a red light, struck the sergeant and swerved into a crowd of people crossing the street.

His car struck a 5-year-old girl, a 38-year-old woman and another woman whose age was not immediately known, police said.

Miles was arrested Thursday and charged with aggravated battery of a peace officer, police said.

A Chicago police sergeant and a 5-year-old girl were among four people injured by a driver fleeing a traffic stop Saturday evening on a Near North Side.