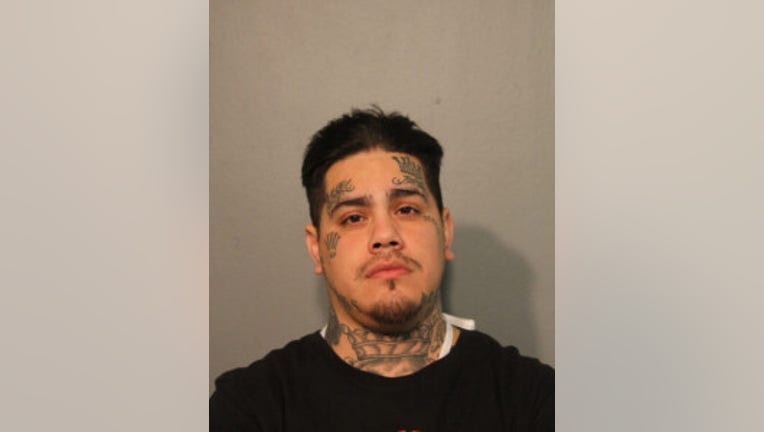 CHICAGO - A West Rogers Park man charged with attempted murder after allegedly firing shots at a Chicago police officer Saturday on the North Side was ordered to be held without bail.

Gerardo Jasso, 35, is accused of firing at an officer during a stop in the 6200 block of North Oakley Avenue, according to Chicago police.

About 3:15 p.m. Saturday officers saw Jasso drinking alcohol on the public way, approached him, and he ran away, prosecutors said. He is allegedly seen with a gun with an extended magazine as he fled officers.

Officers yelled at Jasso to drop his weapon, but he instead turned, while running, and allegedly fired multiple times in the officer’s direction, prosecutors said. The officer returned fire and took cover.

The shooting was recorded on surveillance video as well as body-worn camera video, the prosecutor said.

Jasso was taken into custody minutes later when civilians told officers he was hiding under a porch, prosecutors said. Two grams of cocaine were found on him,, and a loaded gun with and extended magazine was found under a bush near a fence in the path where he ran from police.

Authorities said Jasso admitted to being in possession of the gun, as well as firing the gun, but told officers he was attempting to scare the person who was shooting him, prosecutors said.

Jasso was wanted on a warrant out of Wisconsin when he was taken into custody, prosecutors said. He is due back in court Thursday.