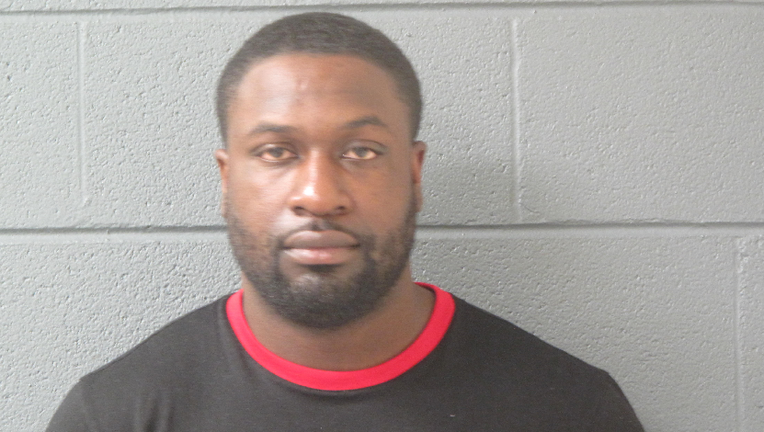 CICERO, Ill. - A man allegedly slammed a bowling ball into another man’s head during an argument last month in Cicero, fracturing his skull and sending him into a coma for several days.

Prosecutors say Demetrius Easton approached the 28-year-old in the Town Hall Bowl on Sept. 5 while hiding a bowling ball behind his back.

Easton allegedly raised a 14-pound ball above his head with both arms before forcefully slamming the ball downward onto the man’s head and leaving the scene, the Cook County state’s attorney’s office said in a bond proffer.

A day after the attack, police released a surveillance photo of the alleged suspect at bowling alley at 5025 W. 35th St. in Cicero. Detectives received numerous tips by phone that named Easton as the suspect, and also reviewed videos posted to social media that showed the incident.

Easton, 30, is charged with attempted murder, and was ordered held Tuesday on a $500,000 bail by Judge James Gavin, according to county records.

He was arrested Oct. 13 on a warrant after encountering Calumet Park police, according to Cicero spokesman Ray Hanania, who said Easton lives in Chicago. The warrant was issued days earlier on Oct. 3.

Hanania said the fight happened during a busy promotional night at the bowling alley. He said no one at the scene called 911, but someone running away from the bowling alley flagged down a police car to report the incident.

After the attack, the victim fell into a coma for several days and received treatment for a skull fracture and brain bleed, according to prosecutors and Hanania.

Prosecutors said the victim was released from inpatient rehab, and is slowing improving, but that the full extent of his injuries is unknown due to the severity of the impact of the bowling ball on his skull. He now goes to rehab three days a week.

Easton’s criminal history in Cook County includes charges of domestic battery in 2010 and a battery charge in 2006. His next court date is set for Oct. 25.