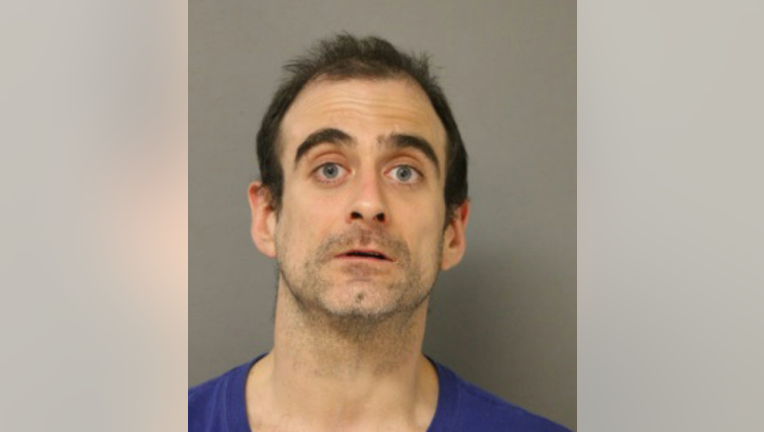 CHICAGO - A man was charged with breaking multiple windows at a school Wednesday in Norwood Park on the Northwest Side.

Michael Mangan, 36, was charged with one count of felony criminal damage to property, Chicago police said.

Officers responded to a call of a person damaging a school building about 2:10 a.m. in the 6400 block of West Strong Street and allegedly found Mangan breaking windows with a golf club, police said.

Daniel Beard Elementary school is located on that block.

Mangan was arrested in the 4800 block of North Nashville Avenue after a foot chase, police said. He allegedly broke about 82 windows at the school building.

Mangan, who lives in Norwood Park, appeared in court Wednesday and was released on a personal recognizance bond with electronic monitoring, according to Cook County court records. He is due back in court on June 10.