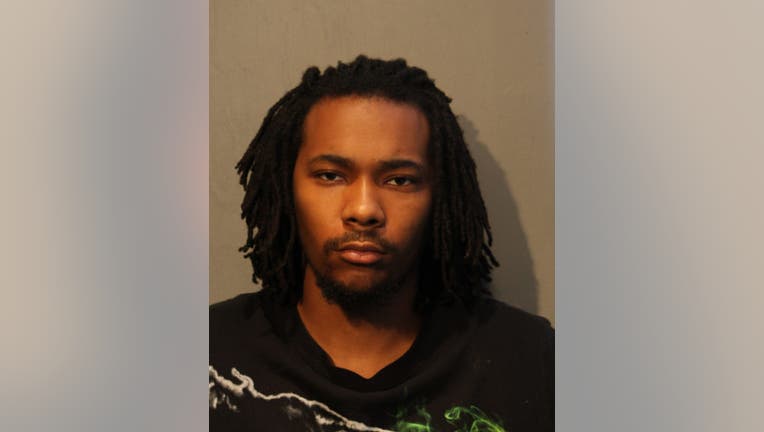 CHICAGO - A man was charged driving a stolen car into a Chicago police officer who was directing traffic last year in Jackson Park on the South Side.

A Chicago police sergeant was directing traffic when 21-year-old Joshua Hudson struck him with a stolen vehicle and dragged him on June 11, 2021 in the 1700 block of East Hayes Drive, police said.

Hudson then slammed on the brakes, throwing the sergeant from the hood and into a parked car, Assistant State’s Attorney Daniel Hanichak said.

The sergeant was hospitalized in fair condition with injuries to his legs, according to police.

Officers recorded the license plate of the Lexis that Hudson was allegedly driving. Hudson had stolen the car from someone he knew earlier, Hanichak said.

Hudson was arrested Tuesday on the Far South Side and eventually admitted to police in a video-recorded interview that he was driving the Lexis, Hanichak said.

He was charged with attempted murder, possession of a stolen vehicle and aggravated battery of a peace officer.

Judge Barbara Dawkins ordered him held on $300,000 cash bail on charges of attempted murder of an officer, possession of a stolen vehicle and aggravated battery to an officer.