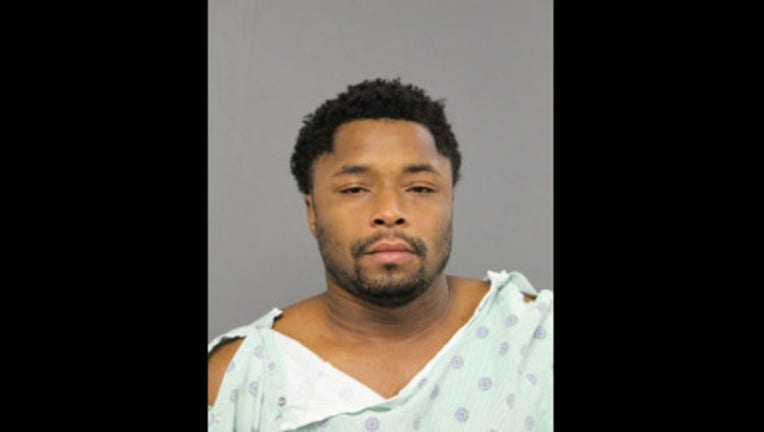 CHICAGO - A man is facing multiple DUI charges for a crash that injured two Chicago police officers Sunday in Austin on the West Side.

Shauna Jenkins, 26, is charged with a felony count of aggravated DUI for an accident causing bodily harm, according to Chicago police.

About 12:40 a.m., the officers were southbound in an unmarked SUV in the 400 block of North Central Avenue responding to a call with their “emergency equipment engaged,” Chicago police said. They were struck by a Chrysler sedan driven westbound on Race Avenue by Jenkins.

The Chrysler hit the SUV at the intersection, causing the police vehicle to strike a light pole, police said. Both officers were taken to Stroger Hospital with non-life threatening injuries. Their conditions were stabilized.

Jenkins was taken to Mount Sinai Hospital, where his condition was also stabilized, police said.

He appeared for a bail hearing Tuesday before Judge Susana L. Ortiz, according to Cook County court records. She set his bail at $150,000 and his next court date for July 16.