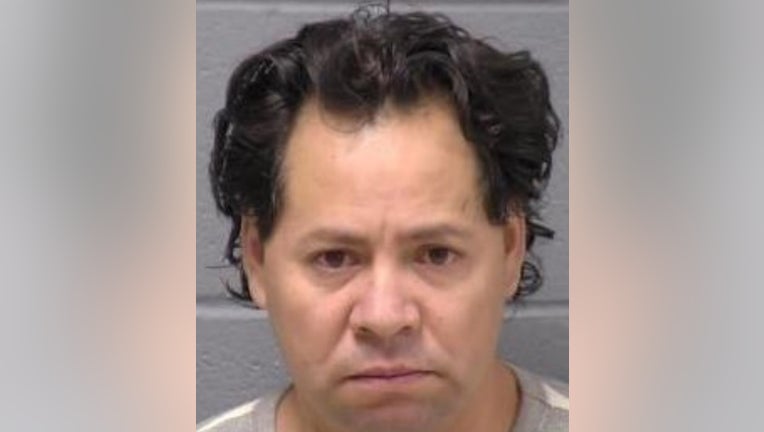 CHICAGO - A man faces DUI charges in a crash Sunday on Interstate 55 that ultimately led to another collision, resulting in the death of a Berwyn police officer.

Rodrigo Marin, 42, is charged with two counts of aggravated DUI, leaving the scene of an accident, failure to render aid, driving without valid insurance and driving on a revoked license, according to Illinois State Police. He was also cited for failure to reduce speed and improper lane usage.

Marin was driving a 2006 Nissan Titan about 6 a.m. on I-55 when he lost control and crossed into another lane, striking the left side of a 2008 Hino Box truck driven by a 44-year-old man, state police said.

Both vehicles came to a stop in the right two lanes, and Marin allegedly ran off from the crash, state police said.

While the vehicles were blocking the lanes, a Dodge Durango slammed into the box truck, state police said.

Charles Schauer, 33, a 10-year veteran with Berwyn police, was in the Dodge and pronounced dead at the scene, state police said.

Erin L. Zilka, 35, was behind the wheel of the Dodge and charged with a misdemeanor count of driving under the influence, state police said. She is a Joliet police officer.

Authorities found Marin not far from the crash and took him into custody, state police said.