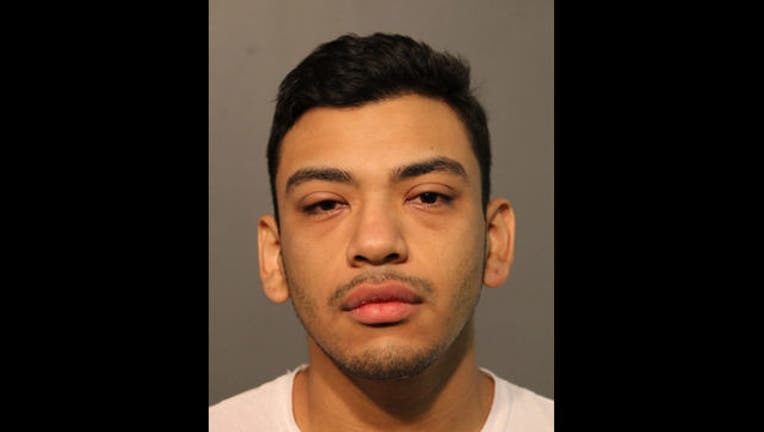 Brian Monge Sagastume, 20, of Wheeling, was charged with felony counts of DUI and reckless driving, according to the Cook County state’s attorney’s office. His bail was set at $80,000 during a hearing Monday at the Leighton Criminal Court Building.

At 1:50 a.m., Monge Sagastume was involved in a hit-and-run crash in the 2300 block of North Milwaukee Avenue, according to Chicago police. As he drove away from the crash, his wheel jumped the curb and he rammed into a 29-year-old woman, 33-year-old man and 27-year-old man standing on the sidewalk, police said.

The two men were taken to Illinois Masonic Medical Center, both in serious condition, police said. The woman was taken to and released from Stroger Hospital with a bruised leg. A 30-year-old man who was struck declined additional medical treatment at the scene.

Monge Sagastume’s next court date was scheduled for Nov. 19.