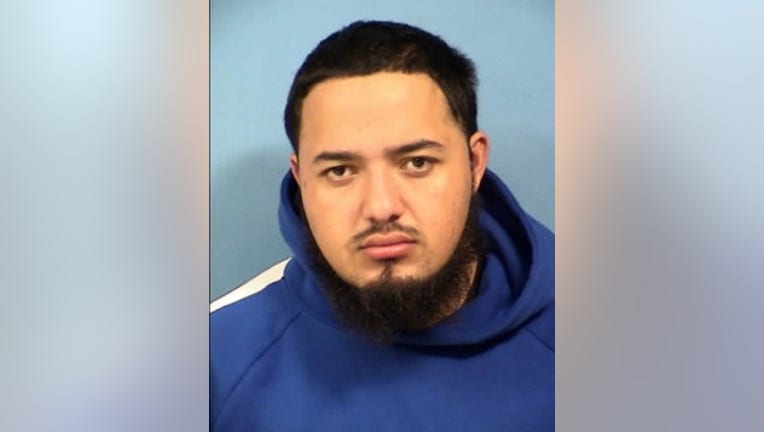 CHICAGO - A West Chicago man has been charged with stabbing another man to death during an argument last month in the west suburb.

Joel Munoz-Valdez, 24, is charged with first-degree murder, unlawful use of a weapon by a felon and possession of methamphetamine, according to a statement from the DuPage County state’s attorney’s office.

Munoz-Valdez approached Luis Lopez about 10:40 p.m. Feb. 26 outside a home in the 800 block of Brentwood Drive in West Chicago, prosecutors said. They got into an argument, during which Munoz-Valdez pulled a knife out of his pocket and stabbed Lopez multiple times in the back and left leg.

Lopez was taken to a hospital but never regained consciousness, the state’s attorney’s office said. He was pronounced dead March 6.

Munoz-Valdez ran away after the attack, but was arrested Feb. 29 in Naperville, prosecutors said. He was initially charged with aggravated battery for the stabbing, but the charges were upgraded Wednesday following Lopez’s death.

He remains in custody at the DuPage County Jail on $2 million bail, according to the state’s attorney’s office. His next court date is scheduled for April 8.