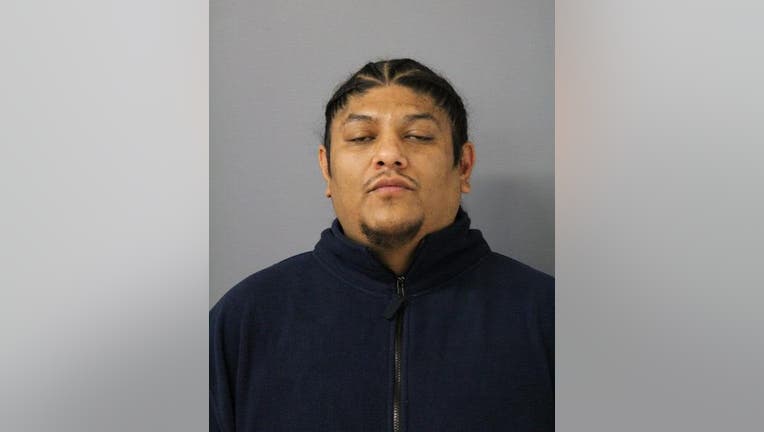 RIVERSIDE, Ill. - A man is facing charges after allegedly hiding a teen girl who was reported missing from Cleveland in west suburban Riverside.

Juan Ocampo, 39, is charged with one count of harboring a missing juvenile, obstruction of a police officer and endangering the life of a child, Riverside police said.

Over the past month, investigators had been searching for a 16-year-old girl who was reported missing from Cleveland by her family, police said. The girl’s family tracked her phone and iPad to Riverside after she fled to Chicago.

With additional information, authorities eventually pinpointed her location to an apartment in the first block of East Burlington in Riverside, police said. Officers frequently visited the apartment and were met each time by Ocampo at the door, who allegedly said he didn’t know anything about a missing girl.

Officers didn’t find the girl inside the apartment when they looked around, but suspected Ocampo was hiding her somewhere else, police said.

About 8:30 p.m. Sunday, officers stopped Ocampo’s vehicle as he was dropping people off at a location on Burlington, police said.

The missing girl was found in the vehicle along with Ocampo’s daughter, police said. Ocampo allegedly claimed both girls were his daughters.

The teen was taken into protective custody after an investigation found her to be the girl who was reported missing, police said.

“No outward signs of abuse” were found when the teen was treated at MacNeal Hospital, but officers who interacted with her said “there were obvious signs of psychological abuse,” police said.

Her family drove from Cleveland to Riverside shortly after she was found and took her back home, police said. Detectives had hoped she would stay in Riverside for follow-up questions and forensic testing.

Ocampo allegedly told authorities that he was a minister associated with a religious organization that “helps children from abusive situations,” police said. He claimed he was helping the girl, and not hiding her.

He allegedly admitted that he knew she was missing and lied to the officers who asked him about her, police said. His exact relationship with the girl is unclear.

Ocampo was released from custody after posting bail, police said.