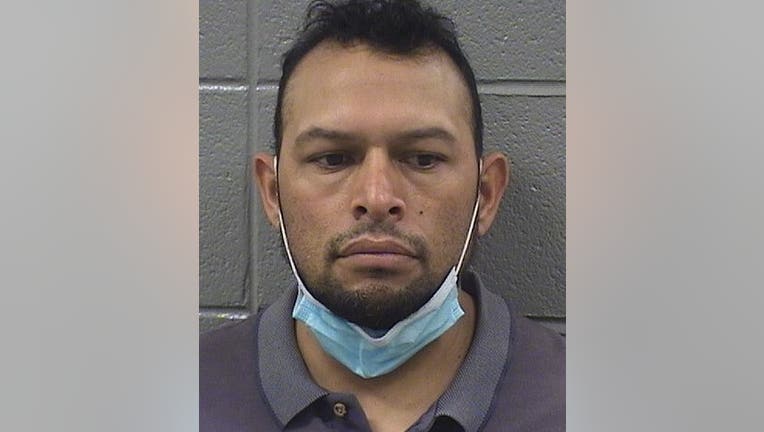 ELK GROVE VILLAGE, Ill. - A man has been charged in a fatal stabbing Tuesday in west suburban Elk Grove Village.

Jonas Villafuerte-Vega, 39, is charged with a felony count of first-degree murder for the death of 45-year-old Dionicio Hernandez, according to Elk Grove Village police and Cook County court records.

Officers were called about a person lying in a ditch at 8:06 a.m. Tuesday in the 1400 block of Greenleaf Avenue and found Hernandez with multiple stab wounds in a grassy area near railroad tracks, police said. He lived in Des Plaines.

An autopsy found he died of the stab wounds and ruled his death a homicide, according to the Cook County medical examiner’s office.

Investigators identified Villafuerte-Vega as the suspect and the Cook County state’s attorney’s office approved the murder charge against him on Thursday, police said.

Villafuerte-Vega, who lives in Des Plaines, was arrested and ordered held on $2 million bail during a hearing Friday at the Rolling Meadows courthouse, police said.

He remains in custody and is due back in court on June 26, authorities said.