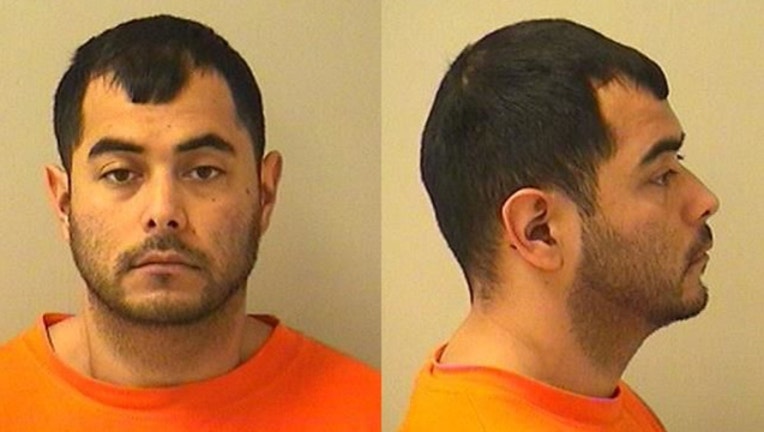 (SUN TIMES MEDIA WIRE) - A man is facing 26 felony charges for allegedly stabbing two teenage siblings and sexually assaulting one of them during a home invasion Monday in far northwest suburban Sleepy Hollow.

Fabian J. Torres, 32, is charged with two counts of attempted murder, four counts of aggravated criminal sexual assault and eight counts of home invasion, according to a statement from the Kane County state’s attorney’s office.

At 12:35 p.m. on Monday, Torres was recorded by a video doorbell entering the home in the 900 block of Saratoga Parkway with “at least one knife,” prosecutors said. He also had a bag containing rope, duct tape, pepper spray, bear repellant and “items of a sexual nature.”

A boy and girl, both 17, were inside the home at the time, according to prosecutors and Sleepy Hollow police. Torres ordered the girl to take off her clothes at knifepoint and ordered the boy to leave the room.

The girl tried to take the knife from Torres while he was sexually assaulting her, the state’s attorney’s office said. During the struggle, Torres stabbed her in her hands and calf.

When the boy tried to help his sister, Torres stabbed him in the face, head and chest, prosecutors said. The girl was able to run out of the home while Torres attacked her brother.

The boy was eventually also able to make it out of the house and run away, the state’s attorney’s office said. Torres left the house with the knife in his hand but left behind the bag, his cellphone and his wallet, which had an ID inside.

Torres walked to another house in the neighborhood and entered it armed with two knives, the state’s attorney’s office said. He grabbed a female occupant of the home, pointed a knife at her and told her to take him to her vehicle, but she was able to run away instead.

He left that home and was spotted asking people for a ride near Randall Road and Joy Street, prosecutors said. He tried to run when police arrived in the area but was arrested a short time later.

“I’m proud of my department’s quick response to take this defendant into custody and protect the community from further threats,” Sleepy Hollow Police Chief James Linane said in a statement.

Torres is being held without bail at the Kane County Adult Justice Center, according to prosecutors and the Kane County sheriff’s office. His next court date was set for April 17.

He was released on parole from the Illinois Department of Corrections in October 2018 for a 2011 conviction for attempted aggravated arson in McHenry County, the state’s attorney’s office said.