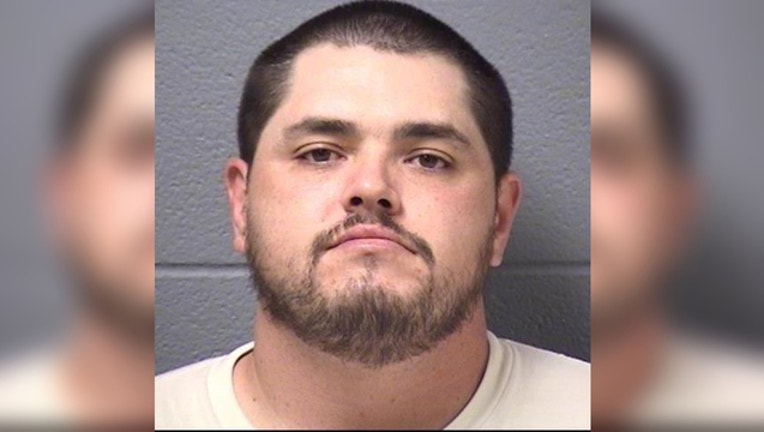 SUN TIMES MEDIA WIRE - A man is accused of shooting an assault rifle outside Monday, barricading himself inside his home in southwest suburban Lockport Township and then calling police and threatening them.

Ryan A. Gass, 35, is charged with two felony counts of reckless discharge of a firearm, according to a criminal complaint filed Tuesday in Will County Circuit Court. The complaint accuses him of firing a semi-automatic pistol and an AR-15 rifle into the air near his Lockport home.

He was ordered held Tuesday on a $200,000 bail, the Will County state’s attorney’s office said. His next court date was set for Aug. 6.

No injuries were reported in the standoff, which began about 4:25 p.m. and lasted over five hours, according to Will County Sheriff’s Office Deputy Chief Dan Jungles.

A man at that address, later identified as Gass, called 911 and made threats to law enforcement, Jungles said. Deputies attempted to speak with Gass, but he refused, prompting the deputies to call a SWAT team.

Deputies surrounded the home and confirmed no one else was inside, Jungles said. Authorities spoke with Gass for several hours, but he refused to leave the home.

About 10 p.m., he surrendered himself to the custody of the sheriff’s office, Jungles said.

Gass was initially arrested on felony and misdemeanor charges including aggravated assault, aggravated discharge of a firearm, resisting a police officer and unlawful use of a weapon after the standoff, Jungles said.

The case was handed over the the Will County state’s attorney’s office for review, and prosecutors decided to only formally charge Gass with the two reckless discharge counts, Jungles said.

Gass, who lives in Lockport, remains in custody at the Will County Adult Detention Facility, according to the sheriff’s office.