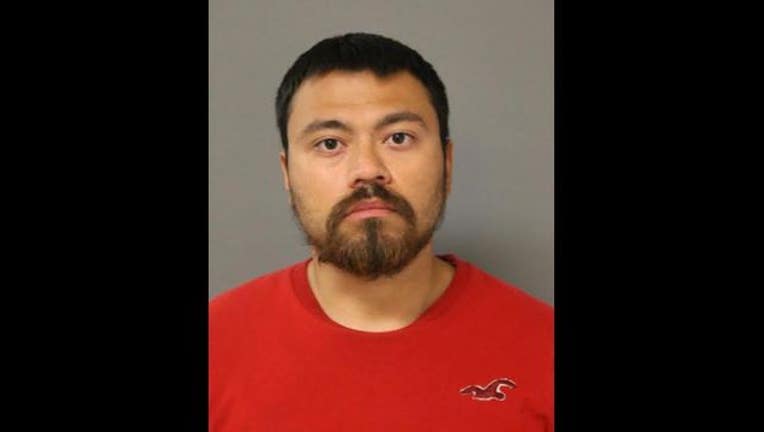 CHICAGO (STMW) - A man hid his cellphone to videotape his girlfriend’s young  daughter in the bathroom of their Albany Park home Tuesday because he was “sexually attracted” to her, prosecutors say.

Alberto Garcia, 27, went into the bathroom of the home he shares with his girlfriend and her two children in the 3700 block of West Agatite on Tuesday, activated the video recorder on his phone and hid it in a trash can, prosecutors said at his bond hearing Friday. He put toilet paper around the phone to hide it.

Moments later, the recording captured his girlfriend’s 9-year-old son as he entered the bathroom, urinated and left, prosecutors said. The boy did not appear to see the camera.

A few minutes after that, the 12-year-old daughter was recorded entering the bathroom and using the toilet, prosecutors said. But she heard a noise from the trash can, found the phone and stopped the recording. The angle of the recording did not show either child below the waist.

The girl took the phone to her grandmother’s home nearby, according to prosecutors. She viewed the recording and told her mother, and the mother called police.

In July, the girl had found Garcia’s phone hidden in a clothes hamper while she was in the bathroom, according to court documents. She saw a video on the phone that showed her naked in the bathroom, entering and exiting the shower.

She deleted the video and reported it to a school official, prosecutors said. Garcia denied any wrongdoing and the investigation was closed.

He also admitted to recording the July video the girl found, prosecutors said.

Garcia was charged with child pornography and unlawful videotaping, according to court records. His bond was set at $200,000.

His cellphone was sent to a forensic laboratory to try to recover the deleted videos, prosecutors said.