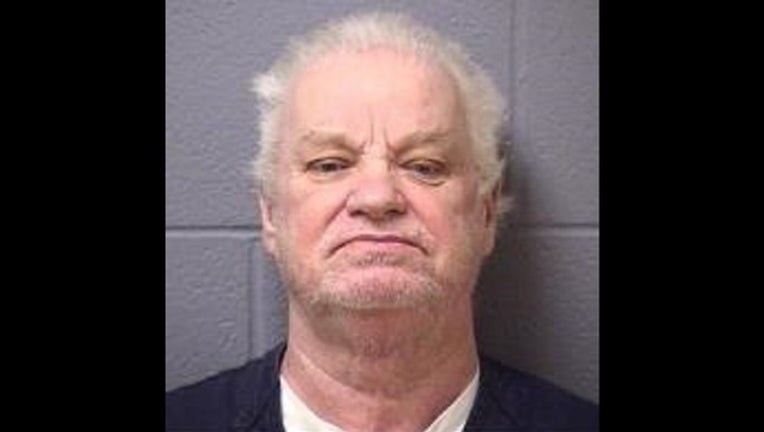 CREST HILL (STMW) - A southwest suburban man seen stomping on his wife’s head by a paramedic as she lay on the floor of the garage after being run down by a car was found guilty of murder Friday, according to prosecutors.

“This was premeditated, cold-blooded murder conducted by a heartless coward who thought this was the easiest way to end an 11-year marriage to the innocent woman who loved him,” Will County state’s attorney James Attorney Glasgow said in a statement.

After deliberating for about two hours, a jury found 64-year-old Jerry Nichols of Crest Hill guilty of murder, according to the state’s attorney’s office.

On Jan. 26, 2013, Nichols rammed his wife, Diane Nichols, twice with her car, prosecutors said. “The victim was slammed into the rear wall of the garage with a force great enough to crack studs.”

As she lay on the ground, Jerry Nichols “stomped on her head with such force that he fractured her jaw and skull, and damaged the cartilage in her throat,” prosecutors said. She had already suffered multiple two broken legs, fractured ribs and a broken spinal column when she was struck with the car.

Nichols made a 911 call from the garage reporting his wife’s death as an accident. The first paramedic arrived within minutes and “witnessed Jerry Nichols stomp on his wife’s head and called out in shock, ‘What are you doing?’

“The recorded 911 call captured the sound of the stomping and the first responder’s voice, and it was played for jurors in court,” prosecutors said.

Nichols had been planning to kill his wife for months, prosecutors said at the trial. Computer forensic evidence showed he had done online research about poisons that are difficult to detect. That included ricin made from castor beans, potassium cyanide and nicotine. Nichols had purchased castor beans online and had them delivered to his workplace, prosecutors said.

Nichols gave police “multiple versions of what happened to his wife, stating at first that his foot slipped off the brake while he was warming up his wife’s car, and then claiming that he jerked the car toward her several times as a joke,” prosecutors said.

He “also claimed he stomped on his wife’s head because he suffers from post-traumatic stress disorder stemming from his service in Vietnam more than 40 years ago,” prosecutors said, but “presented no expert medical testimony regarding his alleged condition.”

“The conviction secured by my prosecutors guarantees that this selfish killer will die behind the walls of a state prison,” Glasgow said.