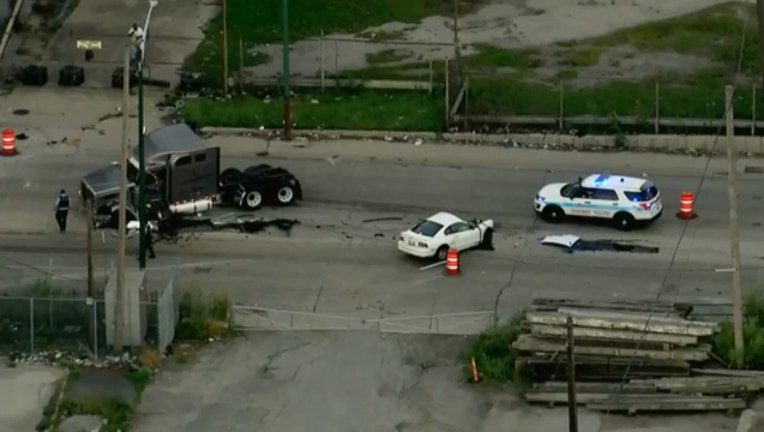 CHICAGO (SUN TIMES MEDIA WIRE) - A man was critically injured after crashing into a semi-truck early Wednesday in the Lawndale neighborhood on the West Side.

The 56-year-old was driving a white Ford Mustang northbound at a high rate of speed when he hit a bump in the road, crossed a medium and struck a semi-truck at 3:47 a.m. in the 1000 block of South Cicero, Chicago police said.

He was taken to Stroger Hospital where he was in critical condition, police said.

The 37-year-old man driving the truck was taken to Loretto Hospital with complaints of shoulder pain, police said.

The Major Accidents Unit is investigating.