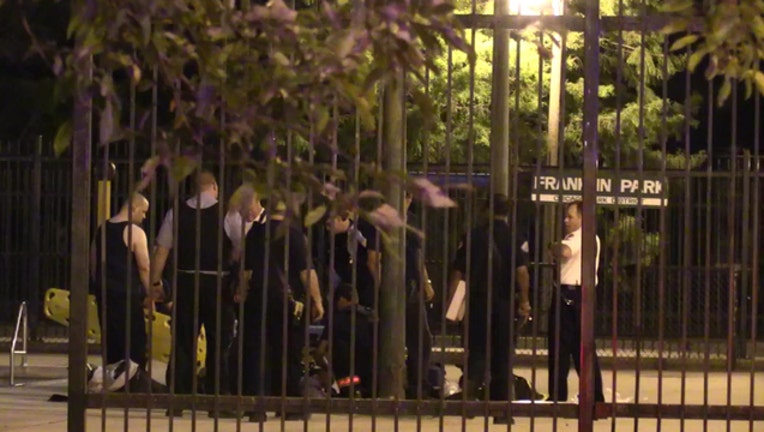 Paramedics perform CPR on a man who was found unresponsive in a pool in Franklin Park early Monday. | Network Video Productions

CHICAGO (SUN TIMES MEDIA WIRE) - A man was found dead in a public pool early Monday in the North Lawndale neighborhood on the Southwest Side.

Officers responding about 12:50 a.m. found 27-year-old Cordero Little unresponsive in the pool in the 1400 block of South Kolin, according to Chicago Police and the Cook County medical examiner’s office.

Paramedics could be seen performing CPR on the man on the edge of the Chicago Park District pool at Franklin Park.

Little, of the same block, was pronounced dead at the scene at 1:50 a.m., according to the medical examiner’s office.

An autopsy Tuesday found he drowned and his death was ruled an accident, according to the medical examiner’s office.