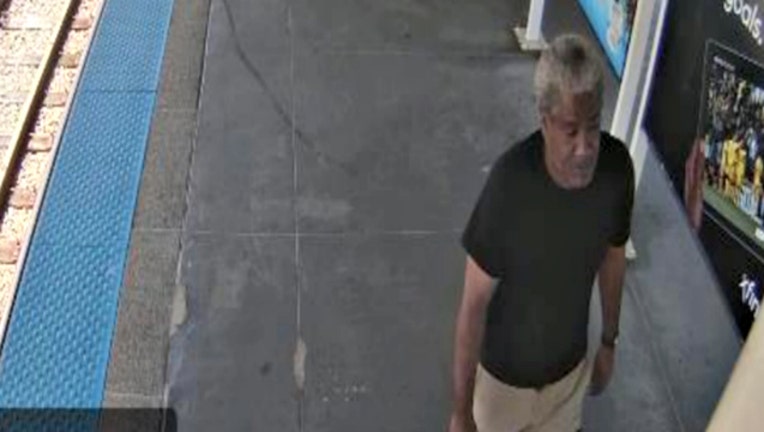 Surveillance image of the man wanted for exposing himself to a woman July 15, 2019, at the Pulaski Orange Line station. | Chicago police

He approached the woman at 1:36 p.m. at the Pulaski Orange Line station, 5106 S. Pulaski Road, “exposed himself and engaged in a sex act,” according to a community alert from Chicago police.

The suspect, described as a man between 40 and 50 years old, did not touch the woman, according to police. He has gray and black hair and was wearing a black shirt with tan or khaki pants.

Police released a photo of the man taken by a surveillance camera at the station and are asking anyone with information to call Area Central detectives at 312-747-8380.