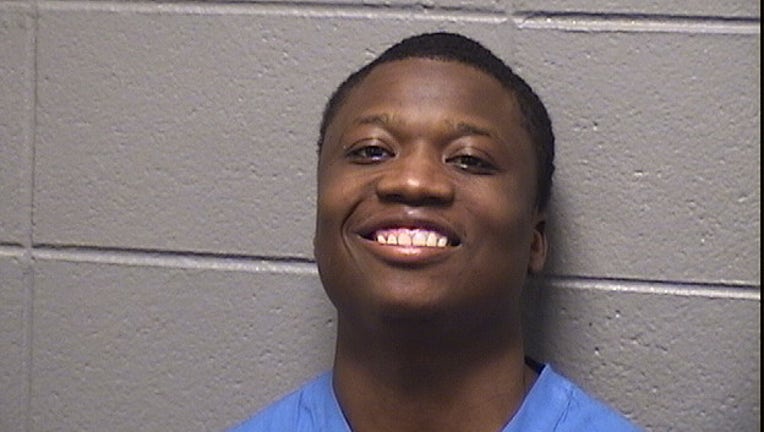 CHICAGO - A man allegedly admitted he fatally shot his mother’s boyfriend at their La Grange apartment because the man was planning to kill him as part of a “blood sacrifice for the illuminati.”

Deangelo Hughes, 25, faces a count of first-degree murder in the killing of 51-year-old Curtis Lee Clark, according to Cook County prosecutors.

Authorities said Clark dated Hughes’ mother for more than 20 years and shared an apartment with her and her son.

The shooting happened 10:20 a.m. last Friday, when officers responded to an apartment building in the 300 block of Bluff Road when Hughes called 911 and stated he had shot his “stepfather,” prosecutors said.

After being arrested, Hughes admitted to the shooting and claimed that Clark and a family member were plotting to kill him, prosecutors said.

Hughes, a Navy veteran, was ordered held without bail. He is due in court again Tuesday.