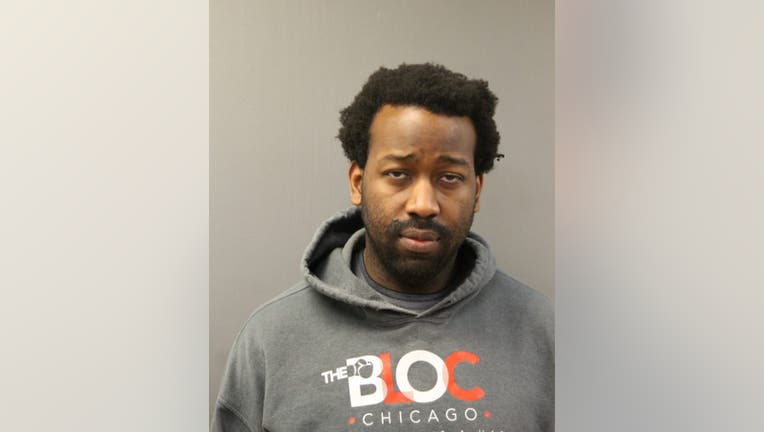 CHICAGO - A 32-year-old man was charged with fatally shooting his ex-girlfriend last month and leaving her body inside the car she parked near her Albany Park home.

On Feb. 25, Umar Ayuba followed 42-year-old Azucena Vargas home after she finished work at the Domino’s Pizza restaurant where the two met, prosecutors said during his initial court hearing Sunday. The couple had broken up a month earlier.

When Vargas parked in the 3300 block of West Cuyler Avenue, prosecutors said Ayuba approached and shot her once in the head. He then grabbed her phone, hopped into a van registered to his mother and eventually drove to the home they shared in Edgewater Beach.

Vargas’ mother later alerted a person described only as a witness that her daughter hadn’t returned to their home, prosecutors said. Using a cellphone-tracking app to find the last location where Vargas’ phone pinged, the witness found her unresponsive inside her car.

She was pronounced dead at the scene and a single 9mm shell casing was found inside the vehicle, prosecutors said. "Extensive video surveillance" footage tracked the van from the Domino’s to the scene of the homicide and then to Ayuba’s home.

Vargas’ cellphone was later discovered during a search of Ayuba’s home, prosecutors said. After being placed in custody, he told investigators that he wanted to talk about their relationship while allegedly admitting to the killing.

Prosecutors said Ayuba had apparently never been arrested before. He now faces felony counts of first-degree murder and armed robbery.

A police officer testified that Ayuba was hospitalized for a "mental condition," and an assistant public defender declined to provide mitigating evidence because he hadn’t spoken to the suspect.

Judge Kelly Marie McCarthy set bail at $1 million, denying the prosecutors’ request to have him held without bail because he wasn’t present for court.

McCarthy said that same request can be made at his next court date on Wednesday.