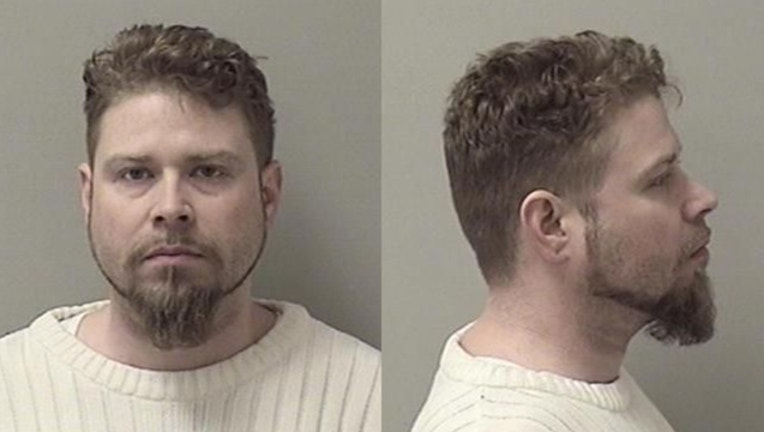 ST. CHARLES, Ill. (SUN TIMES MEDIA WIRE) - A northwest suburban Carpentersville man was sentenced to 25 years in prison for holding a gun to a woman’s head in 2015 and calling her children to come watch.

Kane County Associate Judge Linda Abrahamson handed down the sentence Tuesday to 40-year-old Chad Conway, according to a statement from the Kane County state’s attorney’s office.

A jury convicted Conway in 2017 of one felony count each of possession of a weapon by a felon and being an armed habitual criminal, prosecutors said.

“Twenty-five years is an appropriate sentence,” State’s Attorney Joe MCMahon said in a statement. “This defendant has shown time and time again that he is a violent and career criminal. The community is safer with him in prison.”

A woman, who was in the kitchen as her children slept upstairs, took the gun and put it in a drawer, prosecutors said. She told Conway to leave and then took a $20 bill “for her troubles.”

Conway got the gun, shot a kitchen wall and told her to give back his money, prosecutors said. Instead, she took another $20 for the damage to her wall and he fired another shot.

Conway then grabbed the woman by her throat, put the gun to her forehead and forced her into the living room, according to the state’s attorney’s office. He then told her children to “come watch your mother die.”

The confrontation ended and she called 911 when he left, prosecutors said.

It was illegal for Conway to have a gun at the time because of his prior convictions, which included cocaine delivery, aggravated battery, domestic battery and other gun charges, the state’s attorney’s office said.

He will be required to serve at least 85 percent of his sentence before he is eligible for parole, according to prosecutors. He received credit for 1,530 days served at the Kane County Jail.