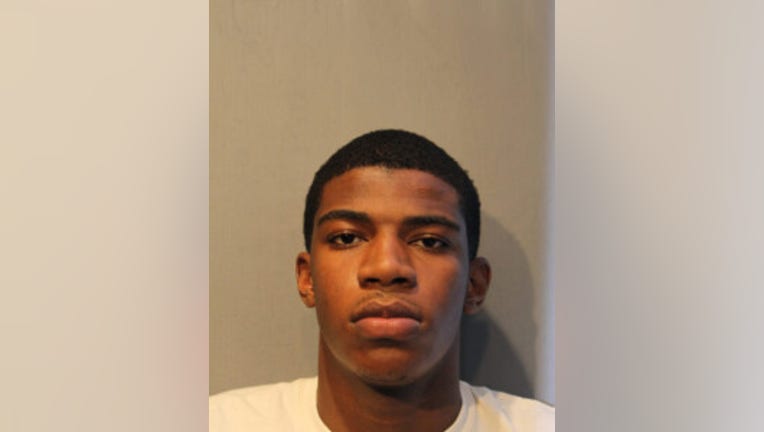 CHICAGO - A man on parole for carjacking a Chicago Tribune reporter in 2017 was arrested after accidentally shooting himself in the leg during a traffic stop in Armour Square on the South Side.

About 12:45 p.m., Noriyhea Evans, 20, and Jalen Howard, 19, were inside a vehicle in the 200 block of West Pershing Road when officers conducted an investigatory stop, Chicago police said.

During the stop, officers heard a gunshot and discovered Evans had shot himself in the upper right leg with a weapon that was in his pants, police said. Police drove him to the University of Chicago Medical Center for treatment.

Howard was charged with one felony count of aggravated unlawful use of a weapon as well as a misdemeanor count of driving on a suspended license, police said. He was also cited for operating an uninsured vehicle.

FOR THE LATEST IN LOCAL NEWS, DOWNLOAD THE FOX 32 NEWS APP

In 2017, Evans and two teenagers were charged with carjacking the Tribune reporter outside a Dunkin’ Donuts in Bridgeport. He pleaded guilty to charges of vehicular hijacking and receiving or possessing a stolen vehicle in February 2019 and was sentenced to four years in prison, according to Cook County court records.

Evans was released on parole in that case on June 24, according to Illinois Department of Corrections records.

Both men remain in custody in Cook County Jail and will be released on electronic monitoring if able to post bail, according to court records.

Their next court appearance is set for Nov. 20.