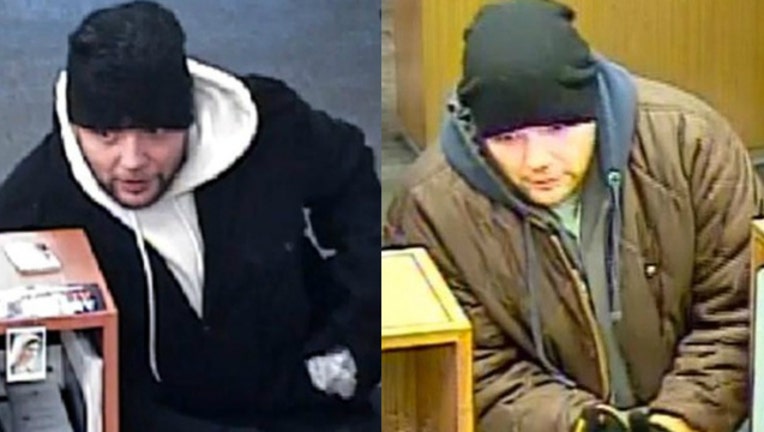 SUN-TIMES MEDIA WIRE - A man robbed two banks within a span of two weeks on the Northwest Side.

The suspect did not show a weapon in either of the robberies, the FBI said.

He was described as a white man in his late 20s to late 30s, standing about 5-foot-11, with a medium-to-large build, the FBI said. In the Bank of Amrica robbery, he was wearing a black knit hat, tan coat, gray hooded sweatshirt and white shirt. At the PNC Bank, the robber wore a black coat, white hooded sweatshirt, dark pants and a black knit hat.