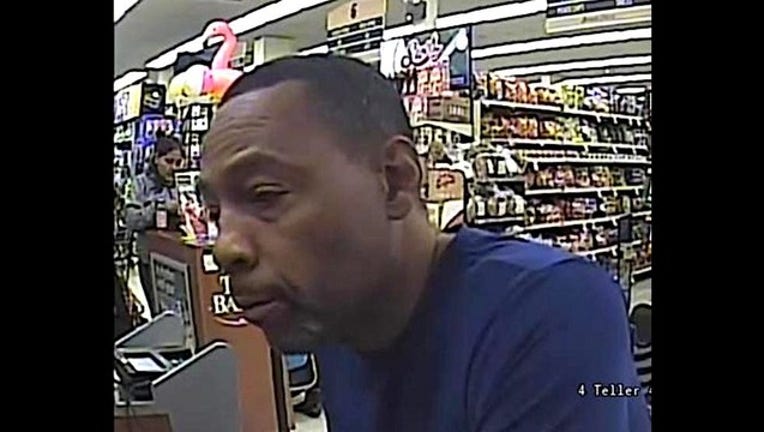 CHICAGO (Sun-Times Media Wire) - A man is wanted by the FBI for committing his 5th bank heist of 2019 in Chicago.

The man allegedly robbed a TCF Bank branch about 5:50 p.m. Monday in Andersonville on the North Side, the FBI said. The bank is located in a Jewel-Osco at 5516 N. Clark Ave.

The FBI and Chicago police have not released details about the case.

In January, the same man is suspected of robbing a Royal Savings Bank branch in Gage Park, according to the FBI.

He handed a teller a note “demanding money or threatening to shoot,” Chicago police said. He fled from the bank, at 2740 W. 55th St., with an undisclosed amount of cash.

The man is described as between 5-foot-6 and 5-foot-7, black hair and a light complexion. He wore dark-colored pants, a tan coat, and a black sweatshirt, the FBI said.

The FBI is offering a reward of up to $1,000 for information leading directly to the arrest of the suspect. He should be considered armed and dangerous, the FBI said.

Anyone with information should contact the FBI’s Chicago Field Office at 312-421-6700.