LISLE, Ill. - The FBI is trying to identify a man who robbed a bank Thursday morning in suburban Chicago.

Around 10 a.m., the FBI responded to a robbery at the US Bank located at 1026 Ogden Avenue in Lisle.

The man presented a note to the teller to announce the robbery, the FBI said. No weapon was shown or even implied.

The offender is described as a white male, between 5-foot-10 and 6-feet with a thin build. He was wearing black winter gloves, a black puffy coat, gray jeans, a black beanie style hat, black sunglasses and a gray mask. 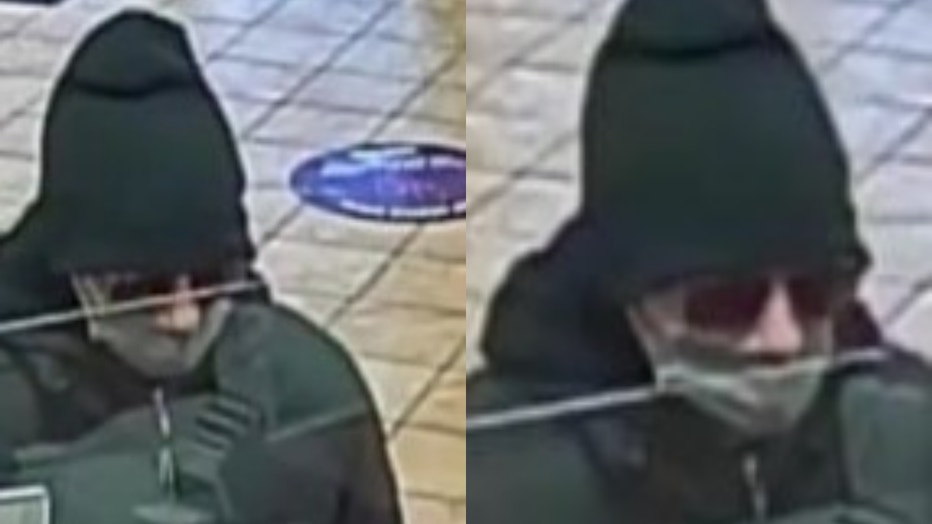 Nobody was injured in the robbery, the FBI said.

The offender fled on foot and is still at large.