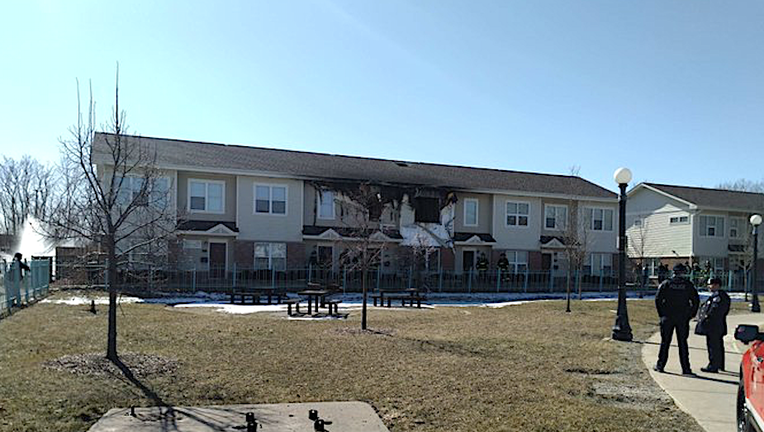 CHICAGO - A man in his 60s was seriously hurt, and a woman also injured, Thursday after he jumped from the second floor of a burning home in Homan Square on the West Side.

Crews responded shortly before 10:50 a.m. for a fire in a row house in the 900 block of South Lawndale Avenue, according to Chicago Fire Dept. spokesman Larry Langford.

Firefighters arrived and found a man hurt on the ground, Langford said. He was taken with a smoke inhalation injury to Mt. Sinai Hospital in serious-to-critical condition.

A woman in her 30s was taken to Stroger Hospital in good condition, he said.

The fire was extinguished just before it spread to another unit, Langford said. The cause of the fire is under investigation.