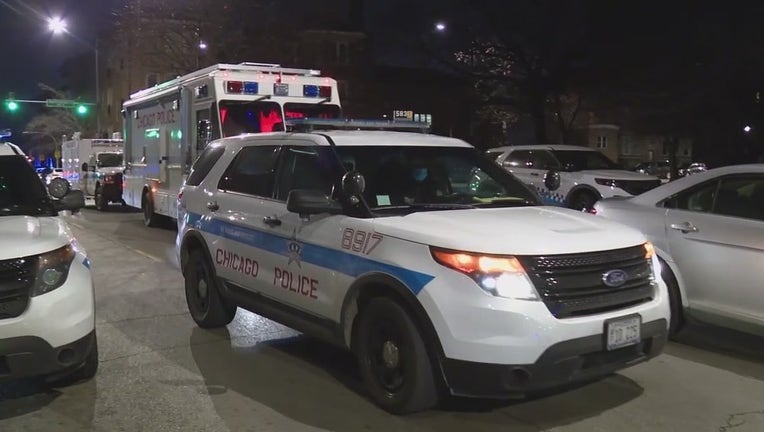 CHICAGO - A man was shot by police after firing shots at officers while fleeing a traffic stop Monday in Lawndale on the West Side, according to Chicago police.

About 9:55 p.m., tactical officers tried to conduct a traffic stop on a vehicle with three passengers in the 3800 block of West Polk Street, police said. During the stop, the front seat passenger, a 29-year-old man, got out of the car and ran, at which point officers gave chase.

The man began firing shots at the officers and the officers returned fire, striking the passenger, police said. Three guns were discarded during the chase, but were recovered.

The man was taken to Mount Sinai Hospital for treatment, police said. His condition is unknown.

The driver and a second passenger from the vehicle ran from the scene, police said. They are not in custody.

Two officers were taken to the hospital in good condition for an observation, police said. No officer was struck by gunfire.

The specifics of the incident, including the comprehensive use of force, are being investigated by the Civilian Office of Police Accountability, police said. Officers involved will be placed on a routine administrative for 30 days.