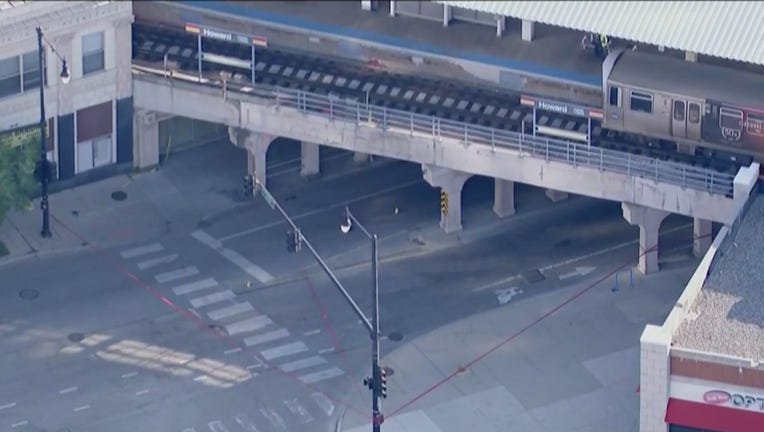 EVANSTON, Ill. - A 20-year-old man was killed and another man wounded early Thursday in a shooting near the CTA Howard Red Line station on Chicago’s border with Evanston, police said.

Brian Carrion, of Glenview, was shot about 1:15 a.m. during an argument near the station in the 300 block of Howard Street, according to Evanston police.

Paramedics with the Chicago Fire Department found him lying on the ground and attempted to revive him, but he was pronounced dead, police said.

Another man, a 21-year-old Evanston resident, was grazed by gunfire, police said. He was treated and released from St. Francis Hospital in Evanston.

The Cook County medical examiner’s office has not released the victim’s name. An autopsy conducted ruled his death a homicide.

In December 2019, 20-year-old Macksantino Webb was killed in a mid-day shooting outside the Howard Station. Family said Webb had moved to the North Side from Englewood to live with an uncle to escape violence.