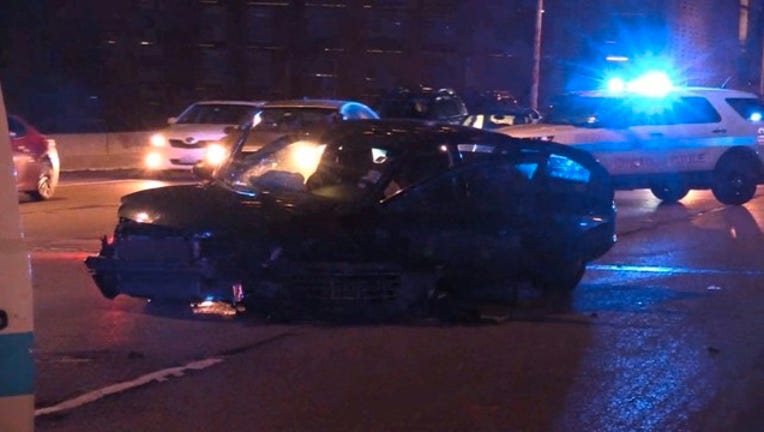 A male was wounded in a shooting Wednesday night in the 500 block of North Lake Shore Drive. | Network Video Productions

CHICAGO (Sun-Times Media Wire) - A man was wounded in a shooting Wednesday night on Lake Shore Drive near Navy Pier.

Officers were called to the scene of a crash in the 500 block of North Lake Shore Drive about 10:30 p.m., according to Chicago Police. They arrived to find a 22-year-old man inside a car with a gunshot wound to his lower back.

He had been driving on Lake Shore when someone in a black SUV fired shots and hit him, police said. He was taken to Northwestern Memorial Hospital, where his condition was stabilized.

A passenger in the car, a 25-year-old man, was not hit by gunfire but was taken to Presence Saint Joseph Hospital to be treated for an anxiety attack, police said.