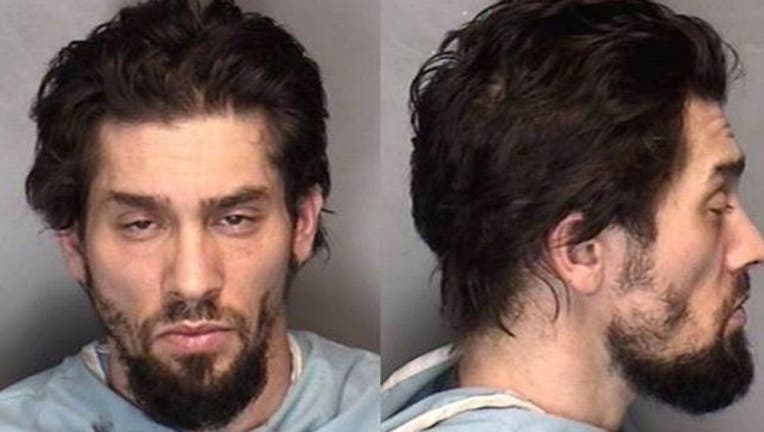 Christopher Tucker, 34, has reportedly been arrested in Illinois and is being extradited to Pennsylvania. (Champaign County Sheriff's Office)

FOX NEWS - A Pennsylvania man on Halloween snapped the neck of a female friend and beat her with a hatchet after the woman refused his marriage proposal, The Morning Call reported, citing police.

He reportedly asked Serino to marry him at his home in Berks County. She said no and told him that she was sleeping with other men, NBC Philadelphia reported. He allegedly told police that she told him that he should kill her.

Police said Tucker told them that he snapped and choked her. He poked her eyes out and snapped her neck, police said, according to the station. He allegedly wrapped her in a rug and left.

The NBC report said Tucker was caught at a truck stop in Champaign County, Illinois. He will be extradited to Pennsylvania.