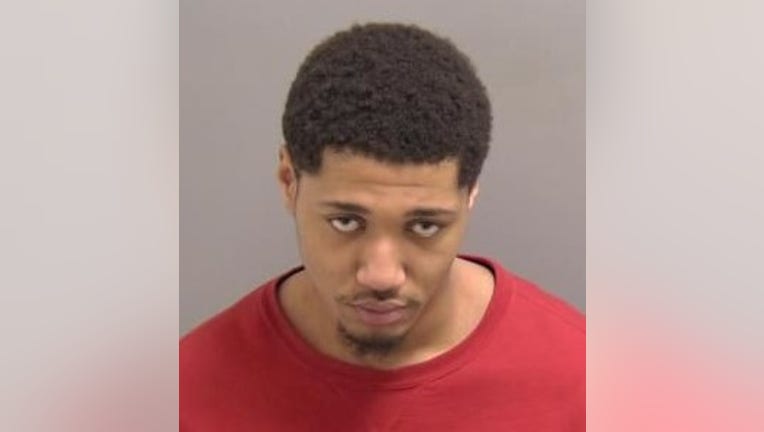 ORLAND PARK, Ill. - A Flossmoor man has been charged with stealing a car from Lifetime Fitness in Orland Park last week.

At about 5 p.m. Thurdsay, Orland Park police officers responded to a report of a stolen vehicle at Lifetime Fitness located at 16333 LaGrange Road.

While the victim was at Lifetime Fitness, he inadvertently left his car keys on a bench in the men's locker room, police said.

When he went back to grab his keys, the victim discovered the keys and his vehicle were missing.

During an investigation, officers obtained surveillance video and other evidence that lead to the identification of the suspect, Tauhid Thomson.

According to police, the surveillance video showed Thompson entering Lifetime Fitness and leaving in the victim's vehicle.

Thompson then allegedly returned to Lifetime Fitness with another driver in the stolen vehicle to retrieve the vehicle he left behind, and departed with both vehicles.

Police said Thompson turned himself in at about 9 p.m. Thursday. He was taken into custody and charged at that time, police said.

Thompson, 22, of Flossmoor, was charged with possession of a stolen motor vehicle.

He appeared at a bond hearing Friday, where he was issued a $10,000 recognizance bond.