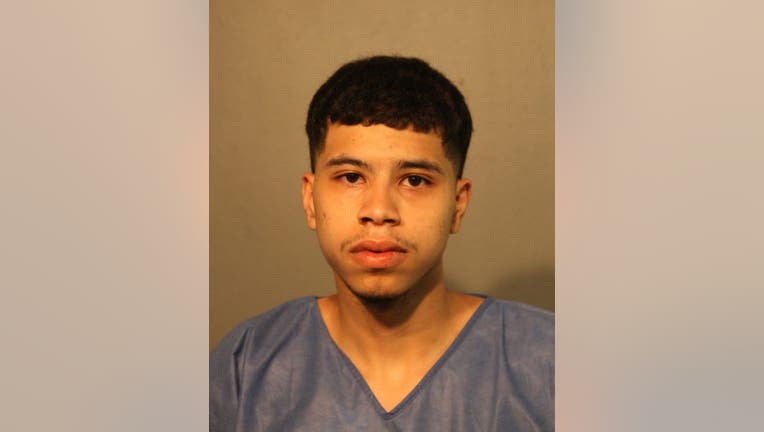 Chicago - A man and a teenage boy are charged with carjacking a man Wednesday in Noble Square before hitting a bicyclist with the stolen SUV in West Town.

Elias Quinones Figueroa, 19, and the 16-year-old boy are each charged with one felony count of aggravated vehicular hijacking, according to a statement from Chicago police.

The duo is accused of stealing the 2008 Chevrolet Tahoe at gunpoint at 3:23 p.m. from a man who was cleaning it in the 1200 block of North Cleaver Street, according to police.

At 6:12 p.m, Figueroa was driving the Tahoe when it hit the cyclist in the 1300 block of West Hubbard Street, police said. The cyclist was thrown from the bike and landed on a Toyota in another lane of traffic.

He was taken to Stroger Hospital in fair condition, police said.

Figueroa and the teen got out of the Tahoe and tried to run away, but were taken into custody, police said. Two guns were recovered.

Figueroa is scheduled to appear in court for a bail hearing on Friday, according to police. The teen’s case will be handled in juvenile court.