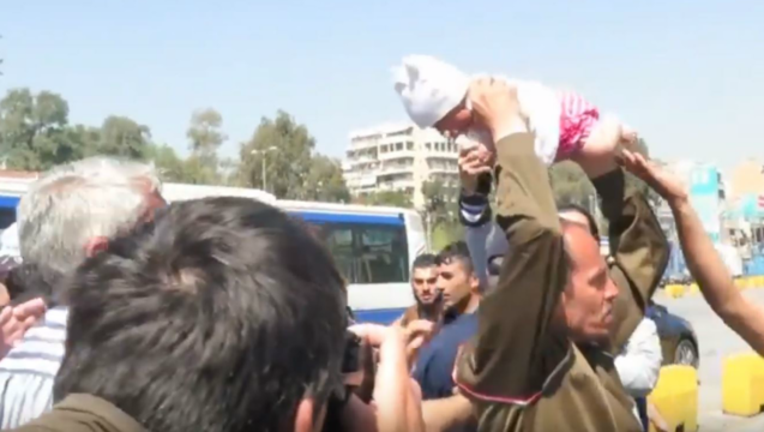 Shocking video captures the moment a man grabbed a newborn baby and seemingly threatened to throw her at police amid protests over the proposed removal of refugees from a Greek port.

The disturbing footage was filmed in Port of Piraeus, where refugees and migrants have been demonstrating against plans to bus them to other areas of the country or send them to Turkey.

The refugee reportedly grabbed the child from a young mother, holding her above his head by her neck and legs and "brandishing" her at authorities.

The video shows the man roughly shaking the helpless baby while other bystanders and police officers try to grab her back.