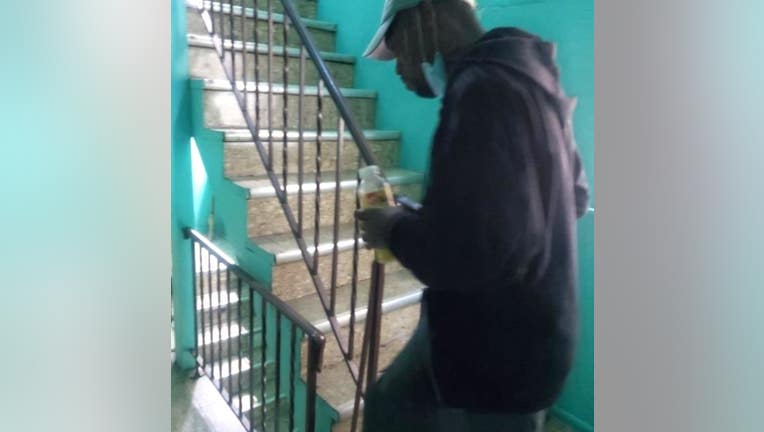 CHICAGO - A man is wanted by police for allegedly touching himself inappropriately in front of young children in Portage Park on the Northwest Side.

He allegedly exposed himself through an apartment window while a woman was returning with her children from a basement laundry room, Chicago police said.