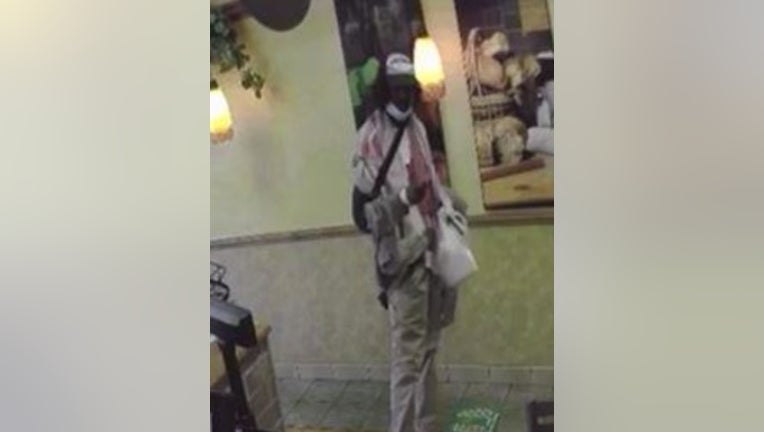 Authorities released surveillance images of a man wanted for groping a woman Aug. 20, 2020, in the 5400 block of North Broadway. | Chicago police

CHICAGO - Police are looking for a man who groped a woman last week in Edgewater on the North Side.

He approached the 27-year-old woman from behind about 3:30 p.m. Aug. 20 in the 5400 block of North Broadway and touched her underneath her clothing, according to a community alert from Chicago police.

The suspect was described as 5-foot-10 to 6-foot-1 man between 22 and 32 years old, police said. He has a thin build with brown eyes and dreadlocks. He was last seen wearing a mask, a pastel windbreaker, baggy khaki pants and a gray, blue and white baseball cap.

The same man is suspected of stealing money from a nearby restaurant, police said.