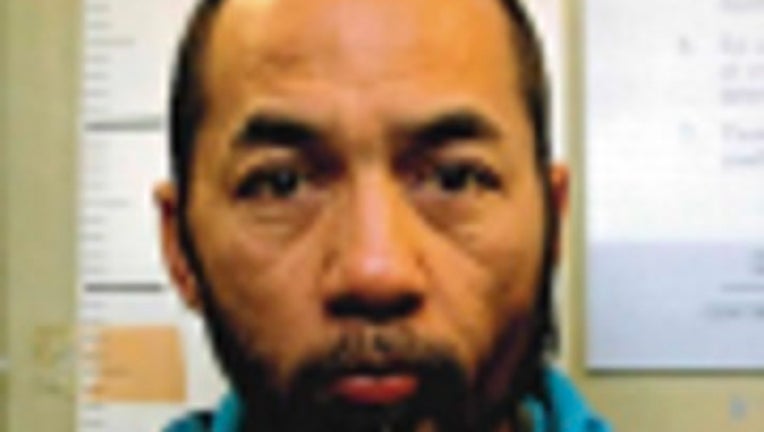 NORTHBROOK, Ill. - A man wanted in the 2016 murder of a lawyer in Northbrook has been added to the U.S. Marshal’s 15 Most Wanted fugitives list after nearly four years on the run.

There is a $25,000 reward for information leading directly to the arrest of John Panaligan, 54, who marshals say strangled 36-year-old Victor Jigar Patel in his office on Dec. 7, 2016.

Panaligan lured Patel there by scheduling an appointment under a fake name, the marshal’s office said in a statement. Patel was representing plaintiffs who were suing Panaligan in civil court, officials said.

Panaligan then went to Canada, where he was detained for trying to smuggle a gun, according to marshals. He returned to Northbrook, where police interviewed him, they said.

Panaligan fled to Mexico before authorities could arrest him, the marshal’s office said. 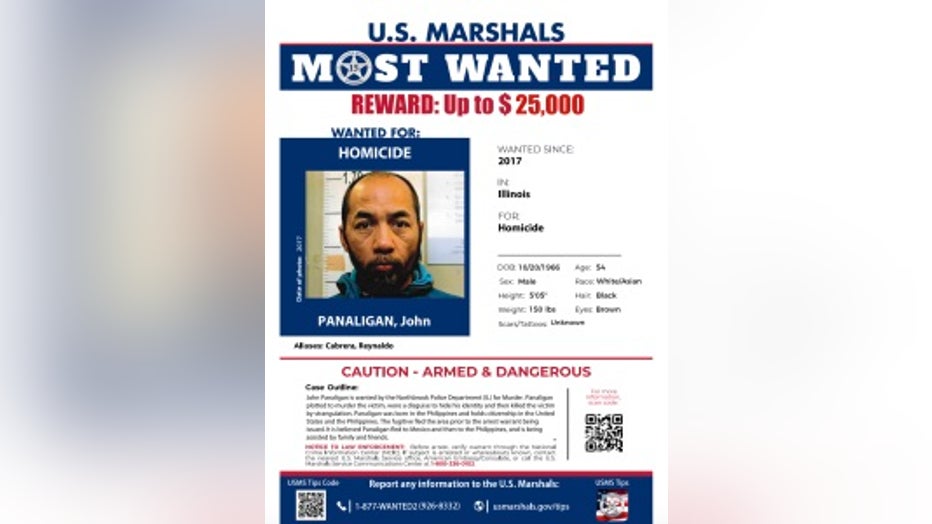 Authorities in 2017 said Panaligan might be in the Philippines, where he has citizenship and family. Now, they say “he could be anywhere.”

“This senseless crime took the life of a man who was a husband and a father to two small children,” U.S. Marshals Service Director Donald Washington said in the statement. “The U.S. Marshals and our federal, state, and local law enforcement partners will use every available resource to bring John Panaligan to face justice for the heinous allegations involving the murder of Victor Jigar Patel.”