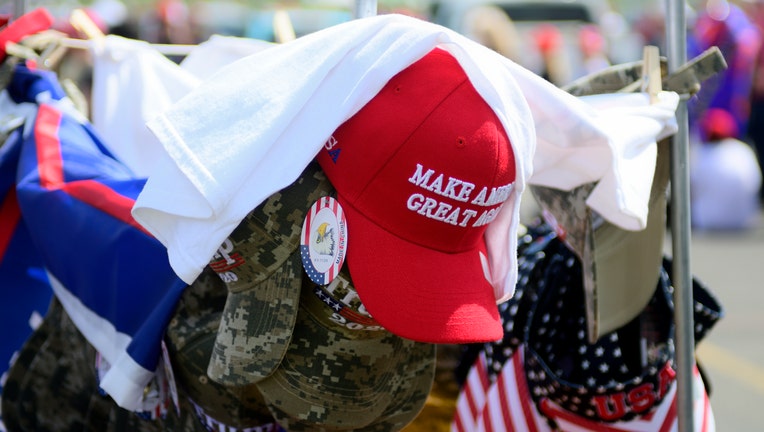 WOODINVILLE, Wash. - Authorities were investigating why a man wearing a pro-Trump baseball hat pulled out a handgun during a confrontation with demonstrators opposed to the president in suburban Seattle on Saturday.

It happened after anti-Trump demonstrators, mostly teen and young adults, gathered in Woodinville to oppose another group that had been rallying for President Donald Trump at an intersection.

The situation escalated when someone flung a bucket of liquid at the man, Sgt. Ryan Abbott of the King County Sheriff's Office told The Seattle Times. Officers retrieved the bucket with fluid inside and were working to confirm the contents, he said. The unidentified man who drew the gun remained nearby and told officers that his eyes were burning, Abbott said.

Video footage shows the man holding a handgun parallel to his head before a woman pushes him away and someone shouts "It's water, you snowflake!"

Mandy Luttinen, who joined the event to watch over the anti-Trump demonstrators, said the incident happened as the opposing events were winding down and the pro-Trump group walked past the young protesters on their way to a parking lot. The bucket appeared to be holding water tainted with mud or tobacco juice and was thrown by someone not participating in either demonstration, she said.