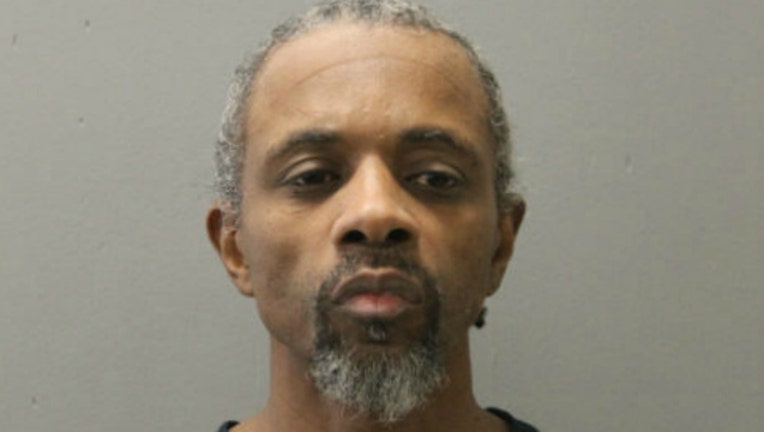 In 1989 Douglas Askew killed his pregnant girlfriend. He shot her in the forehead and the back of her head outside of her Robbins home, the Chicago Sun-Times is reporting. He also shot her sister in the face and her stepdad in the back. They both survived.

On Tuesday, Askew, 44, appeared in bond court, again accused of murdering his girlfriend — this time with a large kitchen knife.

Sylvia Brice, 52, had recently received an order of protection to keep Askew away from her.

But Askew was inside her home in the 9300 block of South Wentworth Avenue when Brice arrived there on Dec. 31 — accompanied by her 30-year-old niece — to collect some belongings for an upcoming move, Assistant Cook County State’s Attorney Brian Grisman said in court.

Instead of exiting, Askew allegedly began stabbing Brice’s niece. When Brice intervened, he stabbed her, too, Grisman said.

Brice’s niece was able to grab the knife away from Askew, who fled the bloody scene, Grisman said.

He was arrested Monday in the 9300 block of South Ashland.

Judge James Brown said Askew presents “an extreme danger to the community” before he ordered Askew held on no bail.