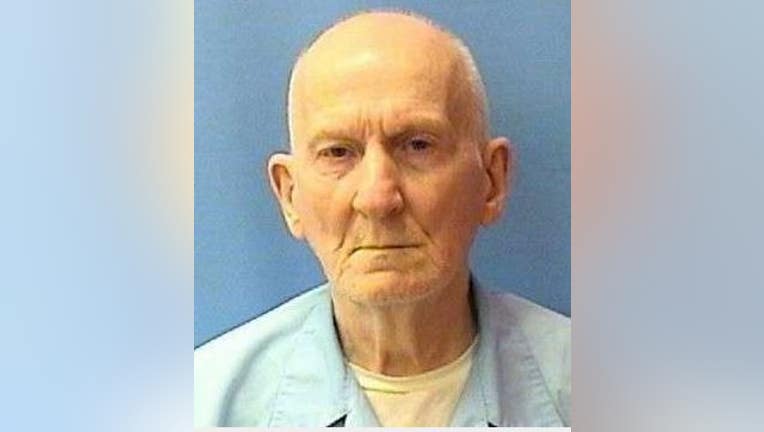 CHICAGO - An 80-year-old man is set to be released from an Illinois prison this week, nearly six decades after he was sentenced to life for the killing of one of three suburban Chicago women whose brutalized bodies were found in a state park.

Chester Weger was convicted in 1961 of killing of Lillian Oetting, 50. Her remains were found at northern Illinois' Starved Rock State Park in March 1960 along with the bodies of Frances Murphy, 47, and Mildred Lindquist, 50. The three women, who were hiking together, were found bound, partially nude and bludgeoned to death near the park's popular St. Louis Canyon, which is framed by a scenic waterfall and a 100-foot wall.

The case confounded investigators until they determined that the cord used to bind the women's hands matched twine from a spool in the kitchen of the Starved Rock Lodge. Weger, then 21, was a dishwasher at the lodge and had fished and hiked in the park for most of his life.

Weger was granted parole in November on his 24th try and is set to be released Friday from the Pinckneyville Correctional Center.

Wegner initially confessed to killing all three women and reenacted their slayings, but he later recanted his full confession and claimed he was innocent, saying that prosecutors coerced him to confess to a crime that he didn't commit. He was only convicted in Oetting's killing. Prosecutors chose not to try him for the two other women's deaths after he was sentenced to life in prison in 1961, when he was 22.

Granddaughters of the slain women have spoken out publicly against Weger's planned release, as has the LaSalle County state's attorney. But his supporters insist he poses no threat to public safety.

"I don't believe anyone who has ever talked to this man believes he's going to go out and hurt anyone," Celeste Stack, one of Weger's attorneys, told  the Chicago Tribune.

His release was delayed for 90 days because Illinois Attorney General Kwame Raoul's office sought to have him evaluated under the state's Sexually Violent Persons Commitment Act. That law allows the state to hold people indefinitely in a secured facility in the custody of the Illinois Department of Human Services for sex offender treatment if an evaluation deems that necessary.

Experts who conducted Weger's evaluation concluded that he didn't meet the legal criteria for the law to apply, a spokeswoman for Raoul said last week.

Weger, who turns 81 in the coming weeks and suffers from asthma and rheumatoid arthritis, will live and receive support services at St. Leonard's Ministries in Chicago.

As a veteran, he will receive Social Security benefits and medical coverage from Veterans Affairs, his attorneys said.